Narendra Modi also thanked the family members of the PMO staff for supporting him during his tenure in the office. 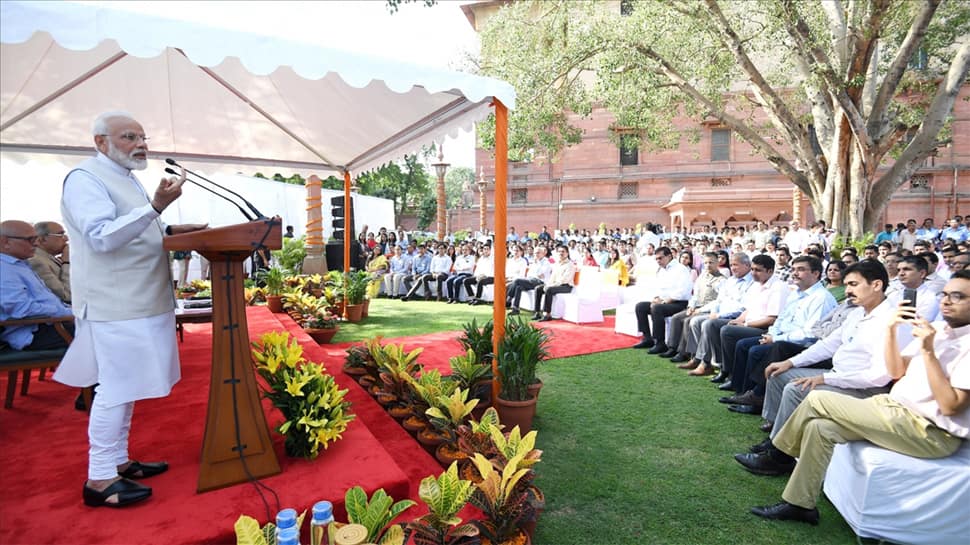 NEW DELHI: Prime Minister Narendra Modi on Saturday hailed the work done by PM office officials and thanked them for never making him feel alone. "You never made me feel alone and never made be work overtime. Your views have reached me directly or indirectly on several occasions. I assure you that we will work towards fulfilling your suggestions," he said.

"You have delivered more than I expected and earlier than I expected. Everyone who has worked here deserves an applause," he said adding that the last five years have been a learning experience.

He also thanked the family members of the PMO staff for supporting him during his tenure in the office. "In our journey, your families have also played an important role as without their support this was not possible. I want to thank your families for the support," Modi said while asking them to gear up for the second term.

He had on Friday met the families of the PMO staff and acknowledging the contribution of each and every member of his team for the BJP's resounding success in the Lok Sabha election. The senior officials of the PMO, including Principal Secretary Nripendra Misra, National Security Advisor Ajit Doval, Additional Principal Secretary P.K. Mishra and Secretary to PM Bhaskar Khulbe, had felicitated Modi for his party's thumping victory in the general elections.

"The Prime Minister appreciated the efforts and dedication of the entire PMO over the last five years and urged everyone to rededicate themselves to work even harder to play a key role in fulfilling the hopes and aspirations of the people of India," said a release issued by the Press Information Bureau.

Modi further said that people have great expectations from the government, which provide the PMO team the energy to work with utmost dedication.

What went wrong in Amethi for Congress?