This is for the first time that the ceremony will be held outside the Raj Bhawan. 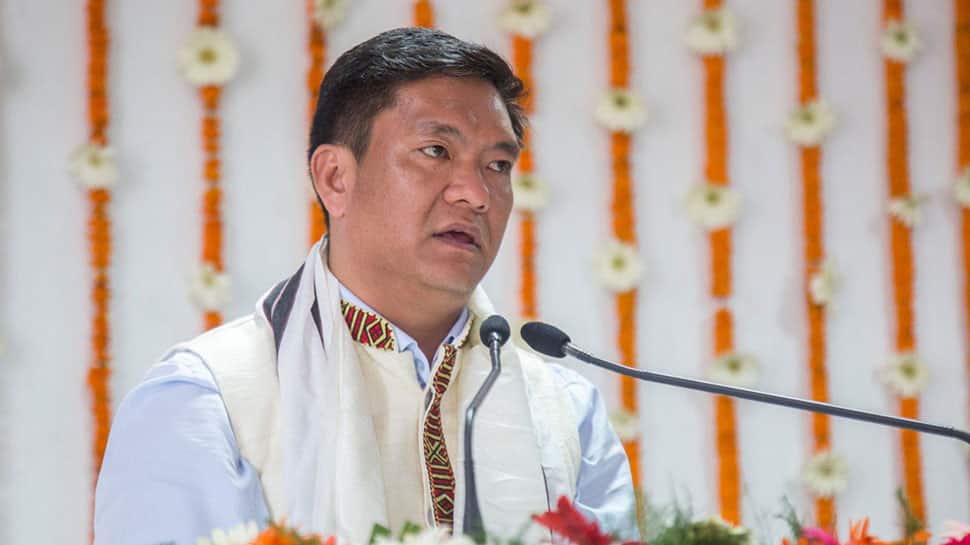 Bharatiya Janata Party (BJP) leader Pema Khandu will take oath on Wednesday as the Chief Minister of Arunachal Pradesh, for the second term. The swearing in ceremony will take place at the Dorjee Khandu State Convention Centre in the state capital, Itanagar. This is for the first time that the ceremony will be held outside the Raj Bhawan. Senior BJP leader JP Nadda, North East in charge Ram Madhav, NEDA chairman Himanta Biswa Sarma and state BJP President Tapir Gao will be present in the ceremony.

BJP emerged as the single largest party in the state by winning 37 out of 60 Assembly seats in the recently held polls while Congress managed to secure only four seats. Khandu won from the Mukto assembly constituency for the third consecutive time, defeating his lone rival Thupten Kunphen of the Congress by a margin of 2,602 votes.

Khandu won the seat in 2011 bye-election and was re-elected unopposed in 2014. His political journey began after his father and former chief minister Dorjee Khandu died in a helicopter crash near Luguthang in Tawang district in April 2011. The BJP, which won seven seats in the 2014 Assembly elections, increased its tally to 41 this time, while the opposition Congress managed to secure four seats against 42 it had won in 2014.

BJP leader Kiren Rijiju had tweeted on Monday saying, "Pema Khandu will be sworn in as the Chief Minister of Arunachal Pradesh on May 29. Extend my gratitude to BJP MLAs for electing Khandu as the BJP legislature party leader."