Weapon of terrorism is IED, strength of democracy is voter ID: PM Modi after casting his vote

Prime Minister Narendra Modi cast his franchise at Nishan Vidyalaya in Ranip area of Gujarat's Ahmedabad during the third phase of Lok Sabha Election on Tuesday. 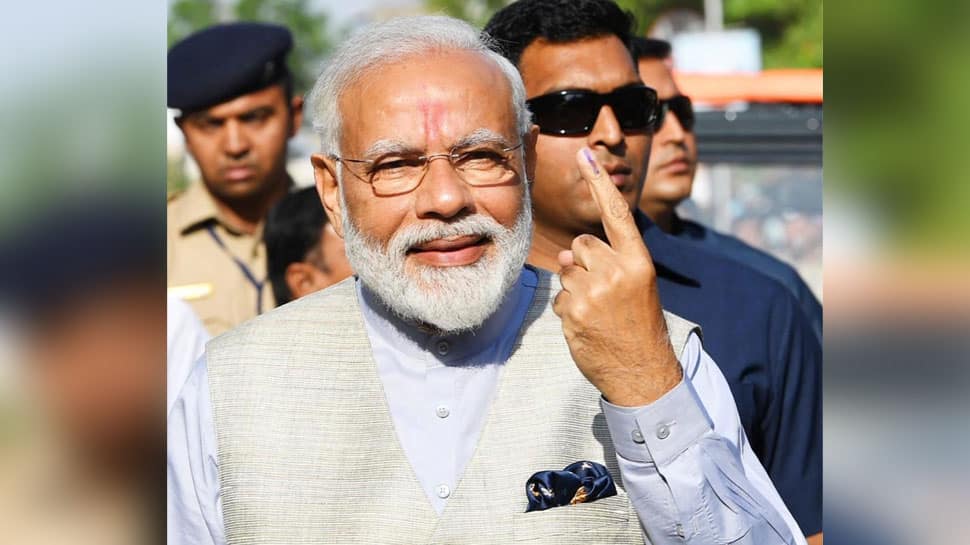 Ranip area is a part of Gandhinagar parliamentary constituency, from where BJP national president Amit Shah is contesting. Modi arrived at the polling station in an open SUV, surrounded by bodyguards. He was accompanied by Shah and his family members. After casting his vote, he addressed the media.

"The third phase of polling is underway today, I am fortunate that I got the opportunity to vote and fulfil my duty in my home state of Gujarat. Like you feel pure after taking a holy dip in Kumbh, one feels pure after taking part in this festival of democracy," he said.

"Voted! It feels great to be taking part in our democratic process," he tweeted.

It feels great to be taking part in our democratic process. pic.twitter.com/b3g8CT7t7A

Sharing some more glimpses from Ahmedabad, where I voted. pic.twitter.com/AkBFKfiqHN

He also urged first-time voters to exercise their franchise in the election. "The weapon of terrorism is IED, the strength of democracy is voter ID. I can say with surety that the voter ID is much much more powerful than an IED, so we should understand the strength of our voter IDs," he said.

Before voting, Modi met his mother Heeraben Modi in Gandhinagar and sought her blessings.

On Wednesday morning, he had tweeted: "Urging all those voting in today`s Third Phase of the 2019 Lok Sabha elections to do so in record numbers. Your vote is precious and will shape the direction our nation takes in the years to come. I`ll be voting in Ahmedabad in a short while from now."