PM Modi also held a marathon meeting with Bharatiya Janata Party chief Amit Shah which lasted nearly four hours and in which, members of the new council of ministers were discussed.a;lso 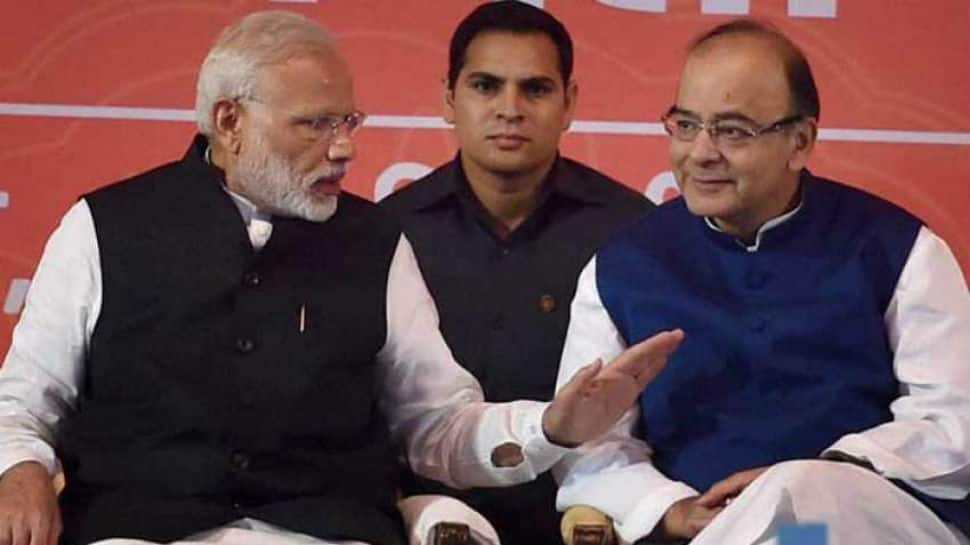 New Delhi: A day before the swearing-in ceremony which would see Narendra Modi taking charge as Prime Minister for the second successive term, he visited Arun Jaitley in a bid to convince him to remain in government.

Union Finance Minister Jaitley had written to PM Modi and requested that he be relieved of his responsibilities in the new government due to his prevailing ill-health. Also taking to Twitter, Jaitley said that in the last few months he had to face "some serious health challenges" and so would "like to keep away from any responsibility".

PM Modi held a marathon meeting with Bharatiya Janata Party chief Amit Shah which lasted nearly four hours and in which, members of the new council of ministers were discussed. While there has been speculation that Shah may be given charge of the Finance Ministry if Jaitley opts out, PM Modi reportedly tried to convince the lawyer-turned-politician to remain in the government. It has been learnt that Jaitley's role in the cabinet under PM Modi between 2014 and 2019 has been considered significant and that the Prime Minister is not too keen to let go of him.

The rather serious issue of ill health, however, could result in Jaitley not being given charge of the Finance Ministry and instead, is made either a cabinet minister or cabinet minister without portfolio. Further details of the PM Modi-Jaitley meeting, however, was not known at the time of filing this report.