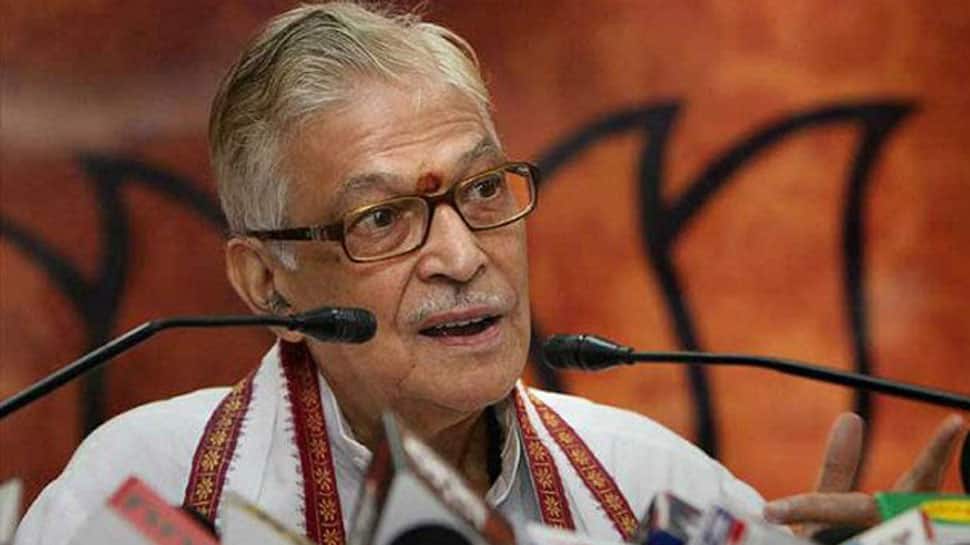 Terming PM Modi and Shah coming to meet him as a part of the party culture, Prof Joshi told reporters: "It is our party culture to meet and take blessings of senior leaders to work more effectively in the future. Both of them did a good job and have achieved a magical victory."

Earlier in the day, Prime Minister Modi and Shah visited party veterans LK Advani and then Joshi. They also credited them for the party`s win with a resounding majority.

Advani and Joshi had on Thursday congratulated Modi and Shah after trends showed the BJP was headed for a comfortable majority in the 543-member Lok Sabha. Joshi said BJP`s rise under Modi-Shah duo as the people wanted a stable government for which there was no better choice than Narendra Modi.

"We formed the party like sowing a seed and prepared a tree. Now, these people have taken forward the fruitful tree and will give its fruits to the public. One thing was clear that the entire country was feeling to form a strong and committed government. Therefore, there was no choice other than the BJP as a party and Narendra Bhai Modi as a leader," said Joshi.

He went on to add: "I have only one expectation that the party should deliver as best as possible and whatever contribution any party worker can make to make the delivery effective and long-lasting, he should make that contribution."BJP has secured 302 seats in the Lok Sabha elections.

The total tally of NDA is close to 350. This was also the first MP election for BJP president Shah, who himself won comfortably from Gandhinagar by defeating Congress candidate C J Chavda by a margin of over five lakh votes.