Although a greenhorn in electoral politics, Poonam Sinha sounded confident of giving Rajnath Singh a run for his money in Lucknow. 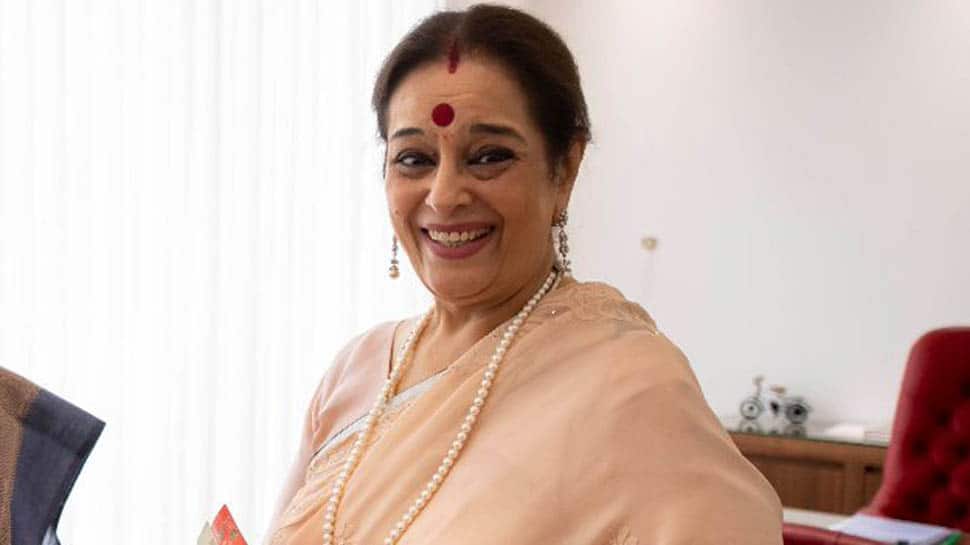 Although a greenhorn in electoral politics, Poonam sounded confident of giving Rajnath Singh a run for his money in Lucknow where voting will take place in the fifth phase of Lok Sabha election on May 6.

"When a person decides to fight an election, it should not be seen if he is big or small. We have to contest the election on the issue of development. I have no fear. The people will decide if you are big or small," Poonam told Zee News in an exclusive interview on Friday.

The Samajwadi Party leader also added that her primary agenda is to work for the people and help them in overcoming their problems. "It will not take me much time to learn about Lucknow and I will not have any problem," she said.

Poonam, a former actress, met Akhilesh Yadav's wife Dimple Yadav at their Lucknow residence on Thursday, after which her candidature was confirmed.

Ahead of filing her nomination, she held a massive roadshow, which was also attended by Shatrughan Sinha, who is the Congress candidate from Patna Sahib in Bihar.

Shatrughan's participation in a Samajwadi Party roadshow received flak, to which he responded by saying, "It is my duty as the head of the family and a husband to support my family." Poonam also added to that and said, "He was fulfilling the duty of a husband. He is from Congress and I'm from SP and this will not make any difference. Fighting separately from Congress will benefit us."

She also shared some light on why Shatrughan, a two-time union minister, left the Bharatiya Janata Party (BJP) to join Congress. "The BJP that he had joined during the time of Atal Bihari Vajpayee and LK Advani is very different from the BJP of today. During that time, there was no dictatorship in BJP. Hence, he was feeling suffocated in the party."

Commenting on the Narendra Modi vs Rahul Gandhi face-off, she added that the better leader will win.

Asked if Akhilesh or BSP supremo Mayawati are in the run for the prime minister's chair, Poonam Sinha concluded by saying that the decision will be taken once the election results are declared.