At Varanasi, the Prime Minister will visit the Kashi Vishwanath Temple where he will lay the foundation stone for the temple approach road beautification and strengthening project. 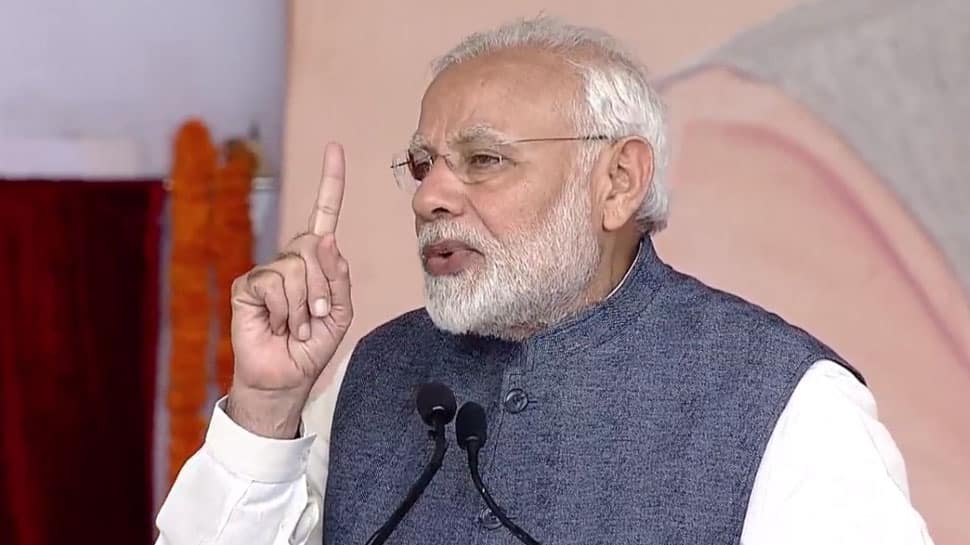 NEW DELHI: Prime Minister Narendra Modi is scheduled to visit Varanasi, Kanpur and Ghaziabad in Uttar Pradesh on Friday where he will unveil multiple development projects for the state.

At Varanasi, the Prime Minister will visit the Kashi Vishwanath Temple where he will lay the foundation stone for the temple approach road beautification and strengthening project.

The Prime Minister will then attend the National Women Livelihood Meet-2019 at Deendayal Hastkala Sankul in the city where he will distribute appreciation letters to five women self-help groups (SHGs). The members of the SHGs will also share their experiences with the Prime Minister.

The women's SHGs aided by Deendayal Antyodaya Yojana will hand over a cheque to the Prime Minister as their contribution to the "Bharat Ke Veer" Fund.

Modi will also address a public gathering in Varanasi, which also happens to be his Lok Sabha constituency.

In Kanpur, Modi will unveil a new 660 megawatt electricity generation and distribution unit at the Panki power plant. He will also inaugurate the Lucknow Metro Rail Project by flagging off a train from the Chaudhary Charan Singh Airport Station in Lucknow through video-conferencing.

The Prime Minister will also lay the foundation stone for the Agra Metro Rail Project, distribute house keys to the beneficiaries of the Pradhan Mantri Awas Yojana besides addressing a public rally.

The Prime Minister will also inaugurate the civil terminal at the Hindon Air Force Station. Passengers from Western Uttar Pradesh and the National Capital Region will benefit from the operation of domestic flights from this new civil airport terminal at Hindon.

Modi will then lay the foundation stone for the high-speed and high frequency rail-based Regional Rapid Transit System (RRTS) between Delhi and Meerut via Ghaziabad.

Stop use of armed forces operations by parties to influence voters: Former Navy Chief to EC