Priyanka Chaturvedi resigned from the Congress on Friday and later joined the Shiv Sena in Mumbai. 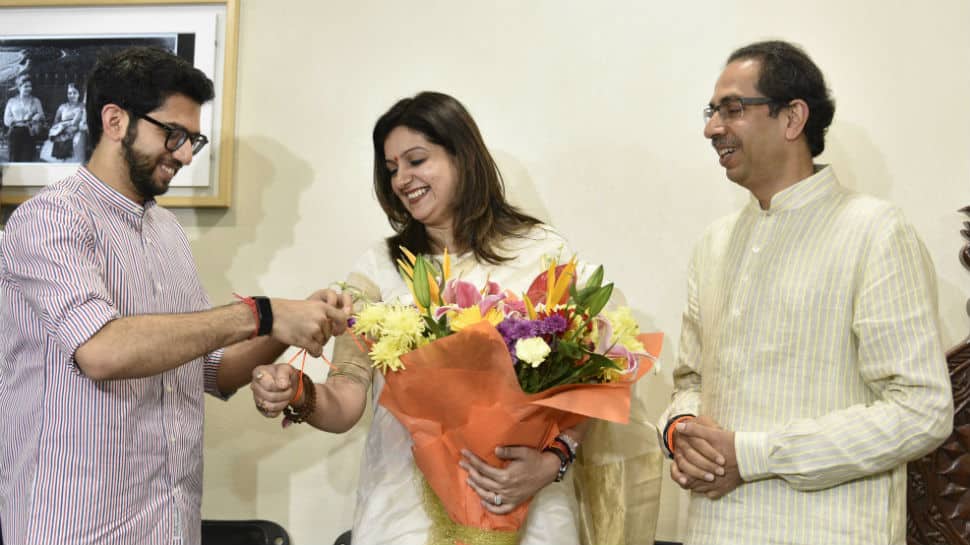 Chaturvedi resigned from the Congress Friday and later joined the Shiv Sena in Mumbai. She was miffed at the reinstatement of some party workers in Uttar Pradesh who had threatened and misbehaved with her during her press conference in Mathura a few days ago.

"From left of centre to the far right, this is quite an ideological leap. Personally, I can think of at least one other party I'd have rather seen her represent but good luck to @priyankac19 all the same," the NC leader wrote on Twitter.

Earlier, Abdullah had said that Chaturvedi was an asset for the Congress party.

"It's a pity @priyankac19 will not be seen defending the Congress on our TV screens any longer. She was an asset to the party & a fearless advocate for the party & its leadership. To have lost her to selfish personal interests would have been no loss but to lose her because she felt her party didn't stand up for her is all the more unfortunate. All the best going ahead Priyanka," the NC leader said.

Reacting to Chaturvedi's joining the Shiv Sena, PDP president Mehbooba Mufti said switching parties was so much easier until the 1990s.

"Switching parties was so much easier until the 90's. Politicians could hop from one party to another without any cyber trails. But now thanks to twitter & screenshots, no one is spared! Wait for the saas bhi kabhi bahu thi OST rendition memes!" Mehbooba wrote on Twitter.

BJP trying to 'attack and kill me,' alleges Hardik Patel after getting slapped at Gujarat rally