During another roadshow in Saharanpur, her supporters took 'selfies' with herself. 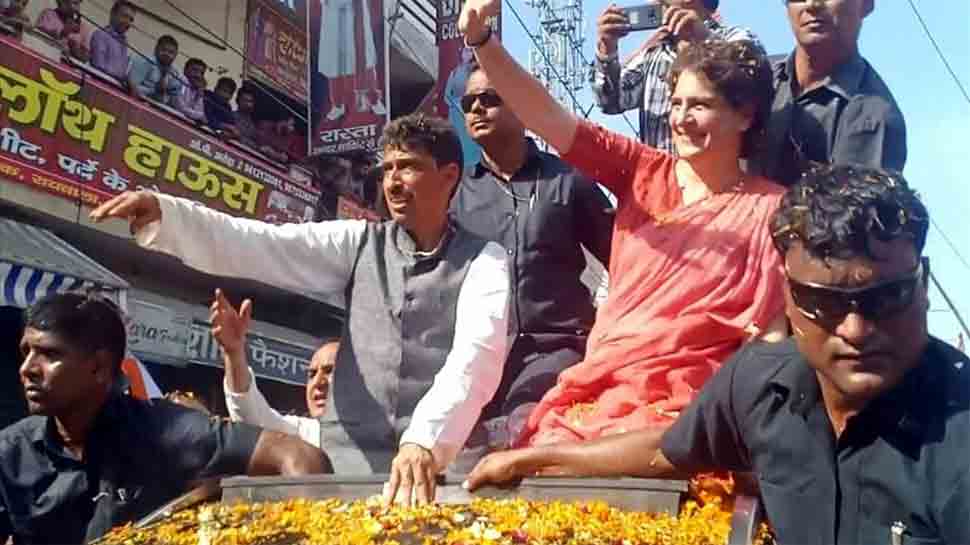 Bijnor/Saharanpur: Congress general secretary Priyanka Gandhi Vadra Tuesday greeted a group of people shouting "Modi-Modi" slogans during a roadshow in Bijnor by throwing flowers on
them.

During another roadshow in Saharanpur, her supporters took 'selfies' with herself.

In Bijnor and Saharanpur roadshows, she was greeted by a huge crowd of women supporters standing on their rooftops as others lined up along the road.
The Congress leader greeted them with folded hands and threw garlands and flowers at them.

As some people shouted slogans in favour of Prime Minister Narendra Modi during her roadshow in Bijnor, the police intervened, averting a possible clash between them and her supporters.
Priyanka Gandhi reached Bijnor by helicopter. After landing at a school ground, she proceeded to party candidate Nasimuddin Siddiqui's poll campaign office. She then went to Post Office Chowk with him in an open car.

Her roadshow began from there and ended at 'Jatan Chauki' after meandering through a two-km stretch, which included Sadar Bazar, Old Tehsil and Rammu Chowki.

Accompanying her party candidate Imran Masood in a car, she reached Lakri Bazar and later at Kutubsher Police station on Ambala Road at 4.30 pm.

Some member of the Jain community had arranged a welcome for her at a temple, but Priyanka Gandhi did not visit it. This triggered some resentment with the people shouting pro-Modi slogans.