Public fed up of Modi in Centre and Palaniswami in state: DMK Chief MK Stalin

Training his guns on Prime Minister Narendra Modi and Tamil Nadu Chief Minister Edappadi K Palaniswami,  DMK supremo MK Stalin on Saturday alleged that voters are fed up of NDA government in the centre and AIADMK in Tamil Nadu. 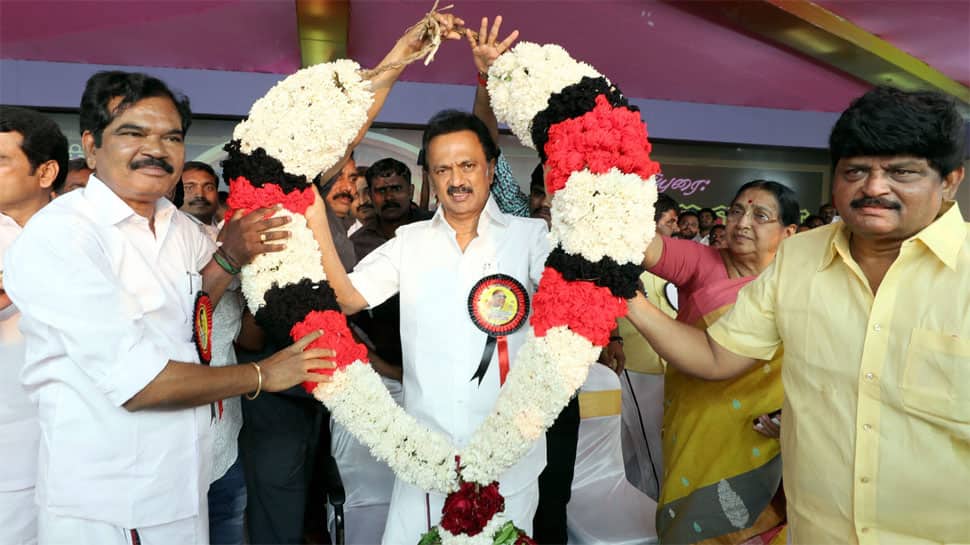 CHENNAI: Training his guns on Prime Minister Narendra Modi and Tamil Nadu Chief Minister Edappadi K Palaniswami,  DMK supremo MK Stalin on Saturday alleged that voters are fed up of NDA government in the centre and AIADMK in Tamil Nadu.

“I have campaigned in nearly 30 parliamentary constituencies till now. I have sensed public mood, they are fed up of Modi in Centre and  Edappadi K. Palaniswami government in state and people want to put a full stop to these governments,” he told ANI.

Stalin further alleged that the Modi was making false poll promises after being rattled by the Congress party's manifesto.

The AIADMK regime did not "stop" NEET's implementation in the state and still has claimed in its manifesto that it was for exempting Tamil Nadu students from the exam, he said.

"The Congress party in its manifesto has assured that NEET will be dispensed with and made it clear that only state governments had rights on this matter.

"I am happy and proud that Rahul Gandhi has seconded Kalaignar's (late patriarch M Karunanidhi) slogan of autonomy for states in his party manifesto and I would like to thank him for that," the DMK chief said.

Meanwhile Palaniswami hit out at Stalin for his "negative campaign" targeting AIADMK and NDA leaders, saying no welfare activities were taken up by the opposition party while in power.

AIADMK is leading the National Democratic Alliance (NDA) in the state with its other constituents being BJP, DMDK and PMK among others, while DMK is heading the Secular Progressive Alliance (SPA) whose constituents include Congress and the Left parties.

Election to 39 Lok Sabha constituencies in Tamil Nadu is scheduled on April 18.

213 candidates in first phase of Lok Sabha poll have criminal cases against them: ADR report