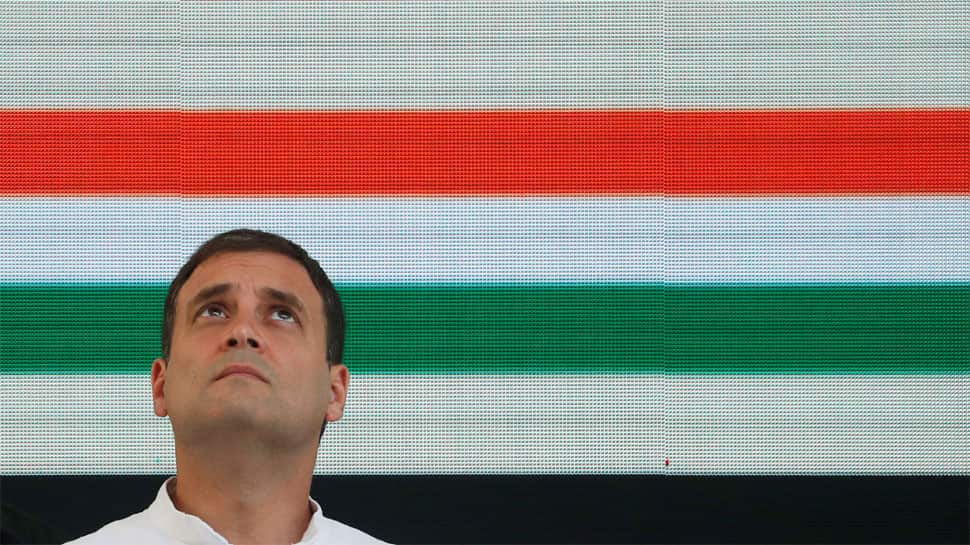 Bengaluru: Congress may have been almost wiped out in Lok Sabha election 2019 under Rahul Gandhi, winning just 52 seats. For veteran party leader Veerappa Moily though, Rahul's leadership did far more good than bad for the party.

Defending Rahul's leadership qualities, Moily said that he must not resign as party president under the prevailing circumstances. "Rahul Gandhi made Congress relevant for the 2019 Lok Sabha elections. He should stay on as the party president. This is not the time to run away and giving up leadership is not the answer," he said in an interview to WION. "Rahul should continue with the same vigor and not shirk away from responsibilities."

Rahul has taken full responsibility for his party's shambolic performance in the recently-concluded election and has offered to resign. Even as he reportedly remains adamant about his decision, several senior party leaders have pleaded with him to reconsider his decision. For Moily, the reason Rahul should remain at the helm is not because of his family name but because of his abilities. "The question of dynasty politics does not arise. Congress has survived without Gandhi family too," he said, referring to the time period between Rajiv Gandhi's assassination when the party was under Sitaram Kesari before its poor electoral performances led many within the Congress to ask Sonia Gandhi to take over. "Congress has lost elections in the past as well. It does not mean that we won't win again. Congress will continue to be relevant for the next 100 years."

Congress is currently facing what has been termed as an existential crisis by many. The party has been almost wiped out in every state barring Punjab. Moily too suffered a humiliating defeat at the hands of BJP's BN Bache Gowda in Chikkballapur Lok Sabha seat (Karnataka). A number of state unit chiefs have tendered their resignations even as a question mark looms over the role of Rahul in the party.

No alliance with VBA or MNS for Maharashtra Assembly polls: Congress