Sehrawat, a retired colonel, had won from Bijwasan Assembly constituency of Delhi in 2015 Assembly election. 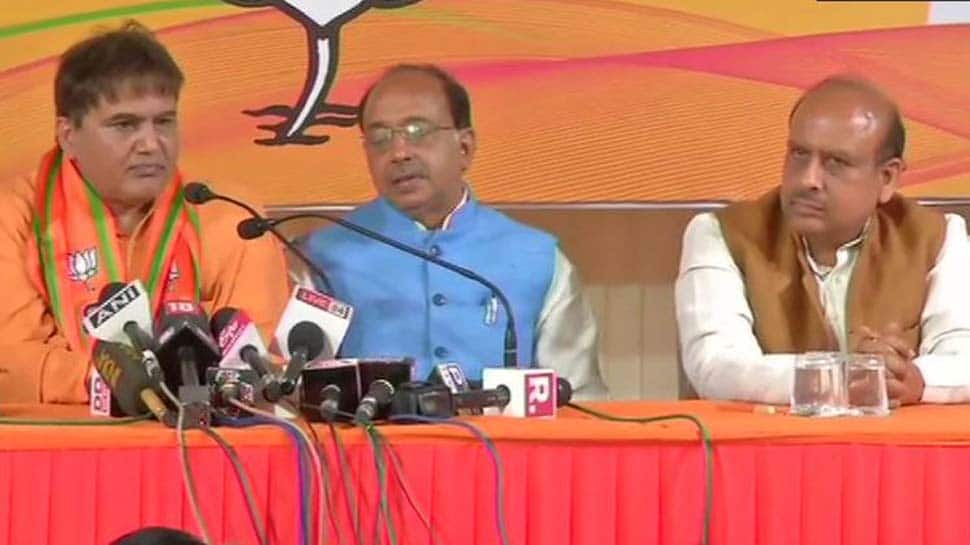 In a major boost for BJP ahead of May 12 Lok Sabha poll in Delhi, rebel AAP MLA Devinder Kumar Sehrawat on Monday joins the saffron party in presence of Union Minister Vijay Goel.

Sehrawat, a retired colonel, had won from Bijwasan Assembly constituency of Delhi in 2015 Assembly election. He was suspended from AAP in September 2016 for anti-party activities.

Sehrawat had earned the ire of party's high command after he had accused AAP leaders in Punjab of “exploiting women” in return for tickets. “Sehrawat has been suspended by the disciplinary committee till pending enquiry,” AAP’s the then Delhi unit convenor Dilip Pandey had then said.

Sehrawat joined the BJP just three days after another MLA of the party Anil Bajpai joined the BJP. Bajpai, the AAP MLA from Gandhinagar, joined the BJP in the presence of party national vice president Shyam Jaju and Union Minister Vijay Goel.

After joining the party, Bajpai had slammed the AAP, accusing the party of insulting its legislators.

Bajpai joined the BJP just a day after Goel claimed that at least 14 AAP legislators are in touch with the BJP and are thinking of leaving the Arvind Kejriwal-led party to join the BJP.

Meanwhile, addressing a press conference on Monday Kejriwal alleged that the BJP is using its money power to lure away the leaders of AAP and other parties. He cited the recent speech of Prime Minister Narendra Modi in which the latter had said that at least 40 TMC MLAs are in touch with him. Kejriwal added that the BJP is also trying to lure away the AAP MLAs in Delhi in order to destabilise the government.