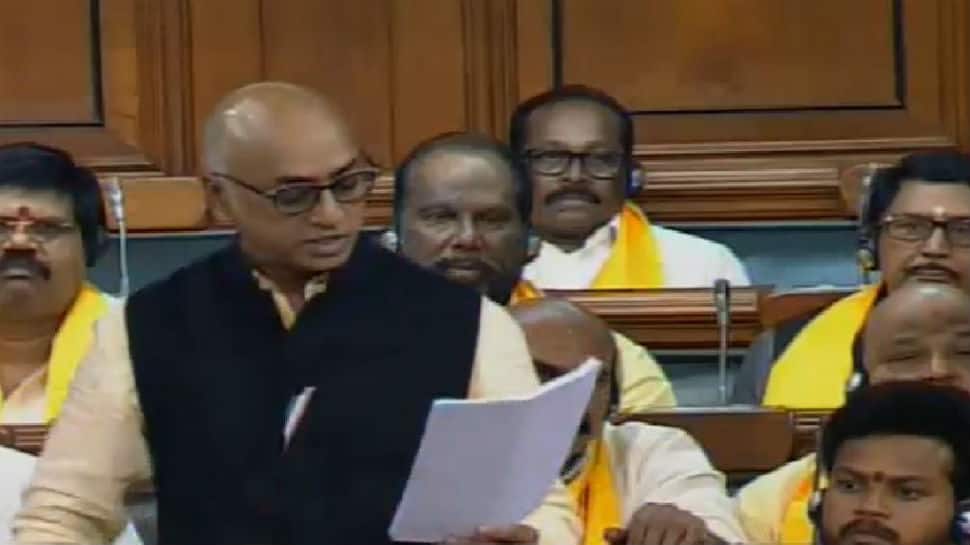 Galla Jaydev first made headlines for his triumph from Guntur for Telegu Desam Party (TDP) in the 2014 Lok Sabha election. He then grabbed the spotlight for a spirited attack on the Centre in Parliament over the issue of special status to Andhra Pradesh. And now, the industrialist-turned-politician has been rewarded for his efforts by being given the Guntur ticket yet again for the upcoming election.

Jaydev, with declared assets of over Rs 620 crore, was the richest candidate to contest in the 2014 Lok Sabha election. The managing director of  Amara Raja Group had eventually defeated rivals from YSRCP and Congress to gain entry into the Parliament. On Tuesday, he was once again entrusted with leading TDP's charge in Guntur for the upcoming election.

The party has also released list of 25 candidates for the upcoming #LokSabhaElections2019 . Ashok Gajapathi Raju to contest from Vizianagaram, Kesineni Srinivas from Vijayawada, Galla Jayadev from Guntur and N Sivaprasad from Chittoor. https://t.co/1HPQKs7KWv

TDP came out with a list of 25 candidates for the 2019 Lok Sabha election with Jaydev being given a ticket from Guntur while former union minister Ashok Gajapathi Raju being picked to contest from Vizianagaram. Both leaders will have to shoulder a bulk of the responsibility in what is being billed as a do-or-die election for party chief Chandrababu Naidu.

In 2014, Naidu had joined hands with the BJP as part of the National Democratic Alliance (NDA) but eventual differences over special status to Andhra Pradesh led to TDP walking out of the alliance. In Parliament, Jaydev, who has spent several years working in the US, mounted an attack on the central government over the issue. Now, political analysts say, he and other party veterans will have to walk the extra distance to ensure TDP retains some of its bragging rights in the upcoming election - if not all.

Tuesday's list of candidates also includes the name of Kesineni Srinivas who will battle from Vijaywada and N Sivaprasad who will contest from Chittoor.