Naqvi alleged that the opposition party, through its "criminal silence" on Pitroda's remarks, was once again trying to justify the brutal killings of Sikhs in 1984. 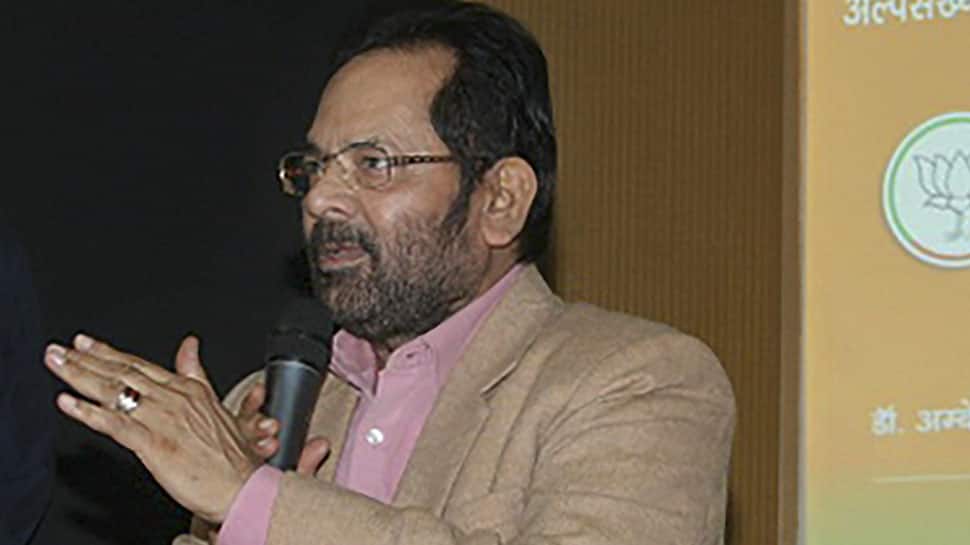 New Delhi: Union minister Mukhtar Abbas Naqvi hit out at Congress leader Sam Pitroda on Friday for his comments on the 1984 anti-Sikh riots, saying he had rubbed salt into the wounds of the victims of the tragedy. Describing the Congress as a "caucus of mentally bankrupt intellectuals", Naqvi alleged that the opposition party, through its "criminal silence" on Pitroda's remarks, was once again trying to justify the brutal killings of Sikhs in 1984.

Pitroda, whom the minority affairs minister described as Congress president Rahul Gandhi's "guru" (teacher), had rubbed salt into the wounds of the victims of the brutal anti-Sikh riots of 1984, he said. Hitting out at Congress leaders for calling Narendra Modi a "weak PM", Naqvi said the prime minister had kicked out middlemen from the corridors of power in Delhi, exposed and isolated Pakistan's "factory of terrorism", and succeeded in getting Jaish-e-Mohammad (JeM) chief Masood Azhar declared as a global terrorist.

PM Modi had demolished the evil designs of terrorist groups such as al-Qaeda and Islamic State, he told reporters. The Indian security forces had eliminated terrorists through the surgical strikes and the Balakot airstrike, Naqvi said. The entire world was acknowledging the development works carried out by Modi and the strong leadership of the prime minister, he said, adding that the Congress could not weaken his dignity and commitment by abusing him.

The "feudal family" of the Congress was in the habit of running a "family government or a remote-controlled government", Naqvi said, in an apparent reference to the Gandhi family. "So, they are unable to digest a strong and effective government and a leader like Modi. Forming or running a weak and 'jugaad ki sarkaar' is in the Congress's DNA," he alleged. Asked about the 1984 riots, Pitroda had reportedly said, "'84 mein hua to hua."