Shakti Bhargava, the man who hurled shoe at BJP MP GVL Narasimha Rao: What we know so far

As per his visiting card that was accessed after he was taken away from the press conference, Shakti Bhargava is a resident of Kanpur. He is a doctor at Bhargava hospital in Kanpur. 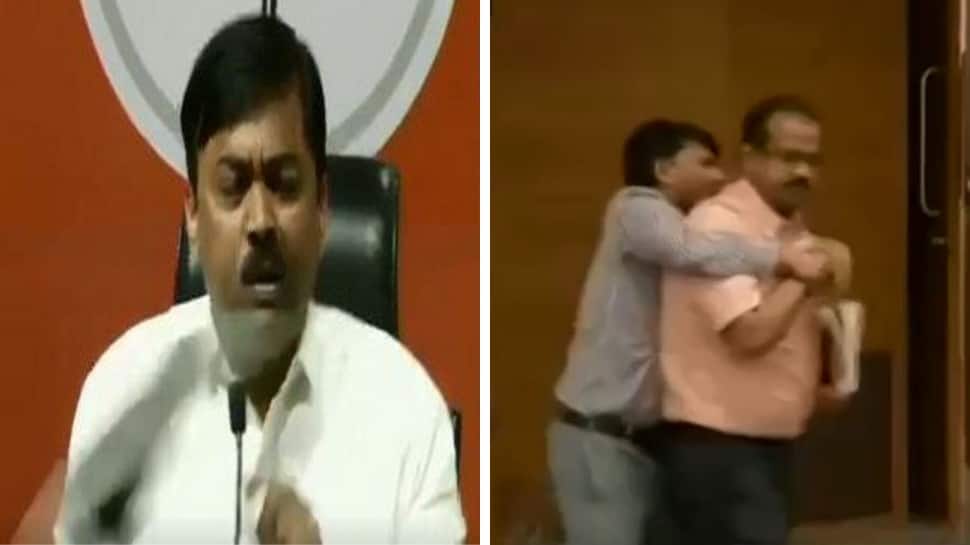 NEW DELHI: A shoe was hurled at Bharatiya Janata Party (BJP) MP and spokesperson GVL Narasimha Rao on Thursday while he was addressing a press conference at the party headquarter in Delhi. The man behind the attack has been identified as Shakti Bhargava, a surgeon by profession.

As per his visiting card that was accessed after he was taken away from the press conference, he is a resident of Kanpur. He is a doctor at Bhargava hospital in Kanpur.

On his Facebook page, he also refers to himself as a whistleblower. In a Facebook post on April 16, he has written a note titled '14 Suicides committed by the employees of this PSU in the last 3 years'. He posted another note on the same day titled - 'How the Whistle Blowers were treated in the last 5 years'.

Four notes have been posted in this series which has been named - 'My efforts as a Whistle Blower'.

Through his posts, he has repeatedly launched attacks on Prime Minister Narendra Modi and his government's stand on corruption-related issues.

Bhargava was immediately held after the attack and handed over to the police. It was not immediately clear why the person, flung shoe at the BJP leader. After he was rushed out of the venue, Rao continued his address and pinned the blamed on Congress for the attack.

At the time of the incident, Rao was hitting out at the Congress for defaming Hindus by foisting "false cases" on Hindutva activists, including Sadhvi Pragya Singh Thakur.

Along with Rao, BJP leader Bhupendra Yadav was also present at the media briefing.