Sheila Dikshit and Manoj Tiwari will look to upstage each other even as AAP attempts to steal the limelight. 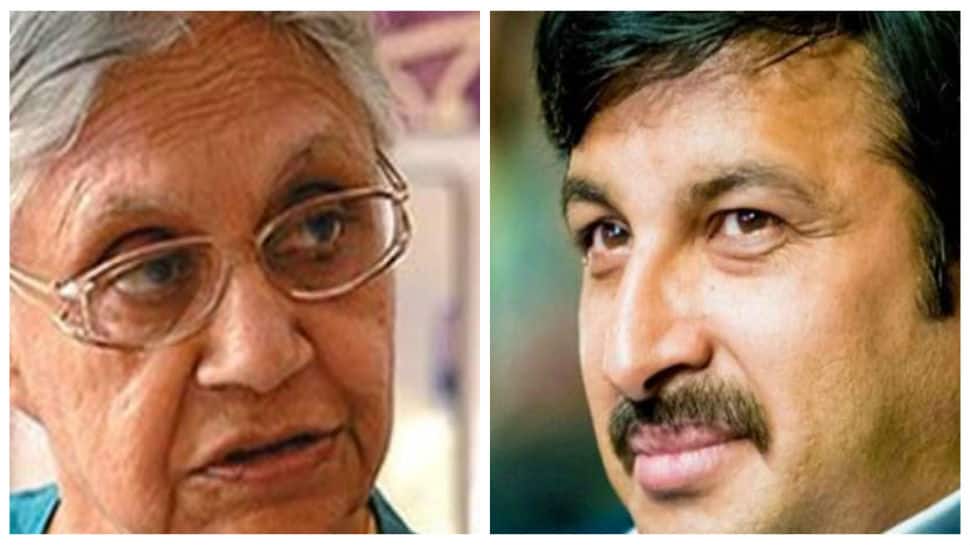 Each of the seven parliamentary seats in Delhi would be keenly contested in the Lok Sabha election 2019 with no party willing to give even an inch to rivals. Among the seven battles coming up here, the spotlight could well be on the one in North East Delhi constituency where three-time CM Sheila Dikshit of Congress will lock horns with Bharatiya Janata Party's Delhi chief Manoj Tiwari.

Dikshit was named as the Congress candidate from here on Monday in a list which also had names of five other contenders. It marks the return of the senior Delhi Congress leader who will fight Lok Sabha elections after a decade. Dikshit brings with her enormous political experience - she had first fought in Lok Sabha elections in 1998 in a losing cause from the East Delhi seat. She would go on to become the CM in the same year and hold office for 15 years up until 2013.

While Dikshit is Delhi's longest-serving CM, recent years have not been too kind to her or her political party in Delhi. The rise of Aam Aadmi Party (AAP) dealt a massive blow to Congress, the party and Dikshit, its leader.

Congress also failed in all seven seats in Delhi in the last edition of Lok Sabha election in 2014. At the time, Dikshit was the Kerala Governor had not contested the election.

Lok Sabha election 2019 gives yet another opportunity to a veteran leader to reclaim lost ground. And she appears confident. "I'll do my best to fulfil the responsibility given to me. I've contested from here earlier, I know the people here and they know me. We had started Metro from here, our reputation is of working for the people," she told news agency ANI on Monday.

At the other end of the ring is a man who reportedly enjoys a strong connect with the Purvanchal community which is a key voting base in North East Delhi constituency. Tiwari has been leading the BJP charge in Delhi for some time now, firing double-barrelled guns directed at both AAP and Congress. The singer-turned-actor-turned politician has been instrumental in taking Prime Minister Narendra Modi's message to the people of Delhi and also held a massive roadshow on the same day as the name of his opponent from Congress was announced. "I am confident that the BJP has the support of the people. People have seen the good work done by Narendra Modi ji in the last five years. Our opponent don't stand a chance," he said.

Both Dikshit and Tiwari have a fair deal of political acumen and know they could be formidable adversaries. Also in the fray, however, is AAP's Dilip Pandey who ought not to be underestimated either. AAP chief Arvind Kejriwal has already said he is confident of winning all seven parliamentary seats in Delhi. Once regarded as over-ambitious, Kejriwal and AAP have a proven track record of spoiling the party for both BJP as well as Congress.

Will North East Delhi constituency choose Dikshit, Tiwari or will Pandey spin a different plot? All seats in Delhi vote in the sixth phase on May 12.