Adsul remarked that though Shiv Sena was a constituent of the BJP-led National Democratic Alliance (NDA), it seems unlikely that the alliance would continue in the future. 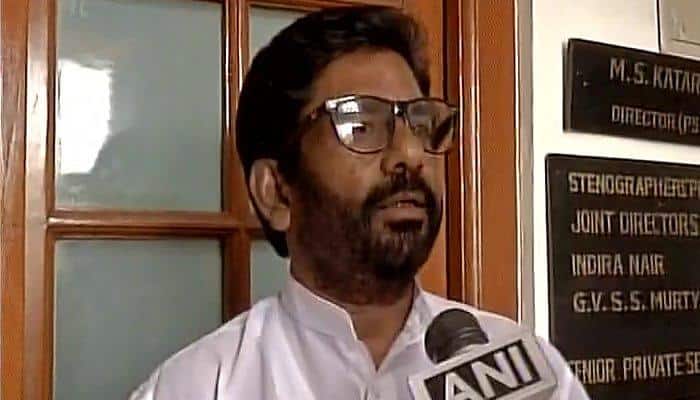 NEW DELHI: Shiv Sena leader Anandrao Adsul on Thursday hit out at the BJP, accusing the saffron party of giving it a stepmotherly treatment.

Adsul remarked that though Shiv Sena was a constituent of the BJP-led National Democratic Alliance (NDA), it seems unlikely that the alliance would continue in the future, IANS reported.

Addressing the Lok Sabha during the debate on motion of thanks to the President`s address, the Shiv Sena leader said: "There was a good time when the NDA had leaders like Bal Thackeray, Atal Bihari Vajpayee, L.K. Advani and Pramod Mahajan. We were allies of a party that followed the Hinduism ideology. We were happy then. But then we started getting stepmotherly treatment. We are still there, but no one knows what will happen tomorrow."

Remembering Sena founder Bala Saheb Thackeray, Adsul said that he had formed the party on his own strengths and the party's current President Uddhav Thackeray was also following the same. "Our leaders founded the Shiv Sena not for making an alliance with the Bharatiya Janata Party (BJP)," he was quoted as saying by IANS.

Adsul`s suggested that the BJP must introspect about his behaviour  and said: "Think about the recent elections in three states. If you have committed mistakes, there is need to correct them."