The UP Congress secretary said that Haryana folk singer-dancer Sapna Chaudhary along with her sister filled the party membership form on Saturday. 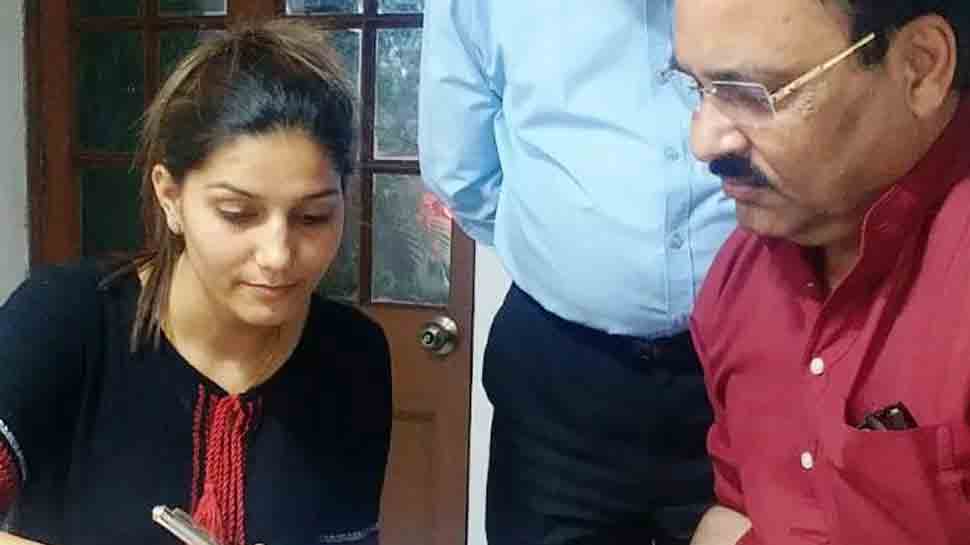 New Delhi: Amidst all the confusion over Sapna Chaudhary joining Congress party, a congress membership form with her photo and details along with a receipt of Uttar Pradesh Congress Committee have emerged that point towards the Haryanvi singer-dancer joining the party.

Soon after Sapna Chaudhary on Sunday dismissed reports of joining Congress, Uttar Pradesh party secretary Narendra Rathi said that the popular Haryanvi dancer-singer has joined the party and has filled the membership form herself.

News agency ANI on Sunday shared pictures including the Congress membership form signed by the singer-dancer dated March 23, 2019. Narendra Rathi (in pic 1 from yesterday with Sapna Chaudhary), UP Congress Secretary: Sapna Chaudhary came and filled the membership form herself, her signature is on it. Her sister also joined the party yesterday, we have both of their forms. pic.twitter.com/tKIh0eWLxU

Picture of Congress Membership Form with Sapna Chaudhary's name and signature on it and fee receipt from yesterday. Today, Haryanavi singer and dancer Sapna Chaudhary has claimed that her pictures are old and she is not a part of any political party. pic.twitter.com/6kCUGlWvE3

When asked about the other photograph in which she is seen signing some documents, probably the membership form of Congress party, Sapna said that she has no idea about it.

"I cannot tell what kind of paper was that and I am not sure of when it is. I meet with people of all parties and I am an artist. I am not joining politics for now. I will come out in open when I do so," she said.

On Saturday, UP Congress chief Raj Babbar had also tweeted a picture of Sapna with Priyanka Gandhi and welcomed her to Congress. "Sapna is welcome to Congress family," Babbar posted on Twitter.

In the meantime, a BJP lawmaker stoked controversy as he asked Congress President Rahul Gandhi to marry the Haryanvi dancer saying Sapna and his mother Sonia Gandhi belonged to same culture and profession. The Ballia MLA, Surendra Singh said that just like his mother, Sapna is from the same profession and hence Rahul Gandhi should accept her as his wife. "In Italy, your mother practices the same profession. And the way your father accept Sonia ji, you should too accept Sapna. This way, both mother-in-law and daughter-in-law would share the same profession," he said.

On Saturday, it was reported that Sapna will contest the Lok Sabha election on Congress ticket from Mathura against BJP MLA Hema Malini.