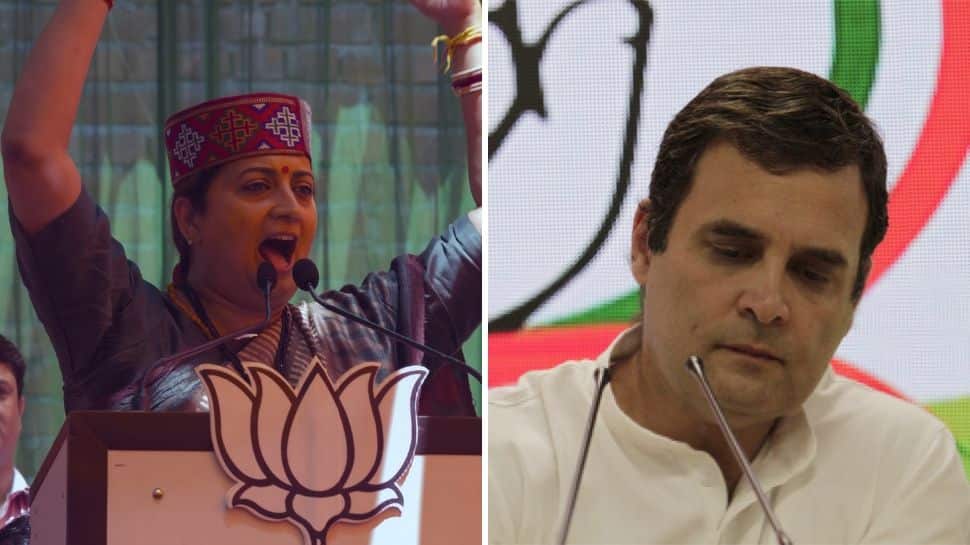 Bharatiya Janata Party (BJP) had in 2014 Lok Sabha election named Smriti Irani as its candidate against the then Congress vice president Rahul Gandhi in Amethi Lok Sabha constituency. She gave him a tough fight even overtaking him in a few rounds of counting but eventually lost by 1,07,903 votes. Over the next five years, she spent several days in the constituency with the sole objective to unseat Rahul in the Gandhi bastion.

And on May 23 she achieved her aim. Smriti finally defeated Rahul, now Congress president, in Amethi by a margin of 55,120 votes, dealing a major blow to the grand old party. Irani polled 4,68,514 votes while Rahul secured 4,13,394 votes.

The Congress leader had been winning from Amethi from the 2004 Lok Sabha election. Despite the poor performance of the party in 2014 general elections, the Congress president had managed to win his seat. Even before the results were declared, Rahul conceded defeat and congratulated Smriti on her victory. "The people of Amethi placed their trust in the BJP and Smriti Irani. I hope she takes care of the people of the constituency," he said in a press conference after the numbers swayed in favour of the BJP.

Irani, too, took to Twitter and claimed that nothing was impossible. Later she said: "I am happy that Rahul Gandhi has expressed faith in PM Modi's leadership. The people of Amethi have shown their faith in us through their votes and I am thankful to them. Even after I lost the elections in 2014, I worked for the people of Amethi. Now that I have won, I will serve them again."

Over the last five years, the Narendra Modi government launched several development schemes with an objective to put Amethi prominently on the development map and bring home the point that the Gandhis had not done enough for the seat in the decades that they had been in power. Not just Irani, Modi and Amit Shah too made visits to Amethi in the run-up to the election.

That Rahul picked to fight from Wayanad too worked to BJP's benefit in Amethi as the saffron party was able to convince the electorate that he was running away from Uttar Pradesh.