UP CM Adityanath addressed rallies in Shahjahanpur and Bahraich districts. 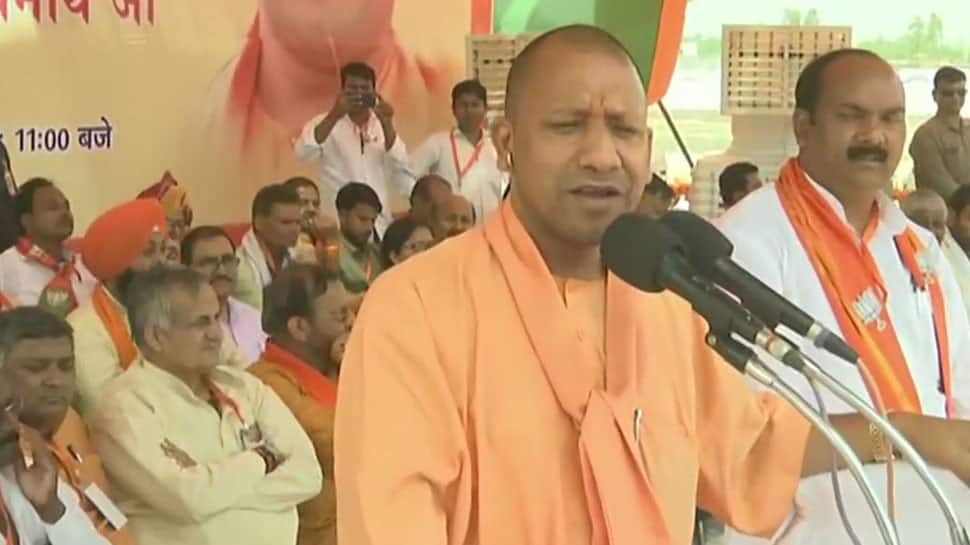 Shahjahanpur/Bahraich: Uttar Pradesh Chief Minister Yogi Adityanath on Saturday accused the Samajwadi Party, Bahujan Samaj Party and the Congress of working on the "agenda to save terrorists".

"On one hand, we (BJP) are working on development schemes, while the SP, BSP, Congress and others are working on the agenda of saving terrorists," UP CM Adityanath said at rallies in Shahjahanpur and Bahraich districts.

"When Modi ji speaks on terrorism, it is the Pakistani Prime Minister who sweats," the Bharatiya Janata Party leader claimed.

Adityanath alleged that "misgovernance" during the previous UPA rule led to an increase in Naxalism and terrorism, adding that they are at their "lowest" under the BJP government, led by Prime Minister Narendra Modi.

The firebrand UP Chief Minister asked the crowd if they would vote for those who "hampered" the growth of the state and "forced" the youth to migrate.

"Firstly, our government waived off loans of farmers. The other thing that we did was to close down illegal slaughter houses. And the third big work we have done is constituting anti-Romeo squads for the safety of our daughters and sisters," Adityanath said.

"We have said that there will be only two places for criminals in the state -- one in jails and the other 'Ram naam satya yatra' (funeral procession), he added.

Yogi Adityanath said efforts had been made to implement welfare schemes for women, farmers and the youth.