PM Modi is to hold a public meeting at Mathurapur today at 4:30 pm and before him, Mamata Banerjee addresses a meeting at the same venue. 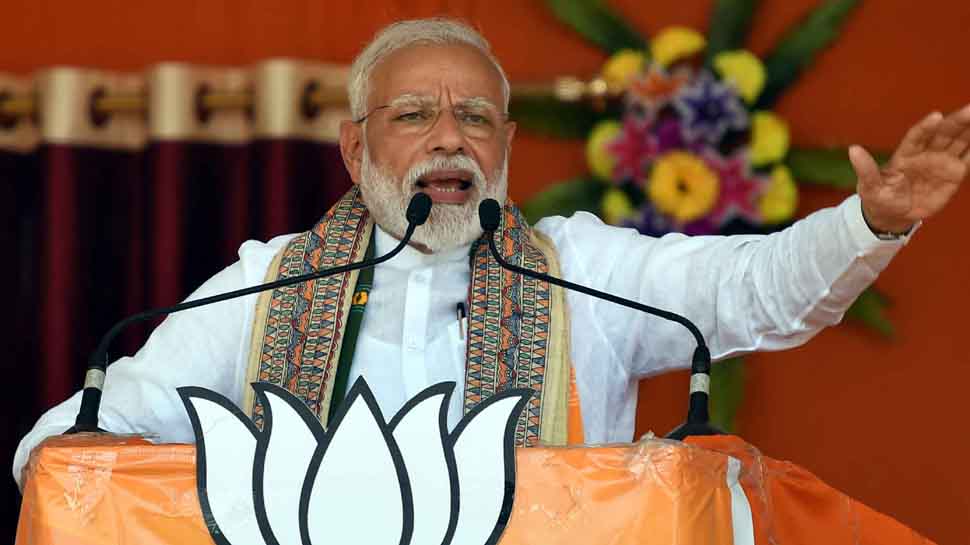 PM Modi is to hold a public meeting at Mathurapur today at 4:30 pm. However, before him, West Bengal CM Mamata Banerjee addresses a meeting at the same venue.

The letter mentions that SPG needs time to sanitise the area for the Prime Minister to hold the meeting. Once Mamata’s meeting gets over, there will be less time for the group to sanitise the venue for PM Modi.

Today is the last day of campaigning in West Bengal. The Election Commission on Wednesday ordered to curtail campaign time in the state by 24 hours in the wake of violence after BJP president Amit Shah’s roadshow in Kolkata. Several BJP and TMC workers had clashed after the roadshow and a statue of Bengali writer and philosopher Ishwar Chandra Vidyasagar was also vandalised during the violence.

On Thursday, apart from Mathurapur, PM Modi is scheduled to hold a public meeting in Dum Dum. Mamata too is making the final pitch at different places on the last day of campaigning.

All the six phases of Lok Sabha election in West Bengal have seen poll-related violence and clashes between BJP and TMC workers.

The seventh and final phase of election is scheduled to take place on May 19. Nine parliamentary seats in West Bengal - Dum Dum, Barasat, Basirhat, Jaynagar, Mathurapur, Jadavpur, Diamond Harbour, South and North Kolkata - are to vote in this phase.

Counting of votes will happen on May 23.