The showcause notice was issued to Gurleen Kaur for wearing Akali Dal badge when she came to a polling booth for casting her vote in Muktsar, under Bathinda parliamentary constituency. 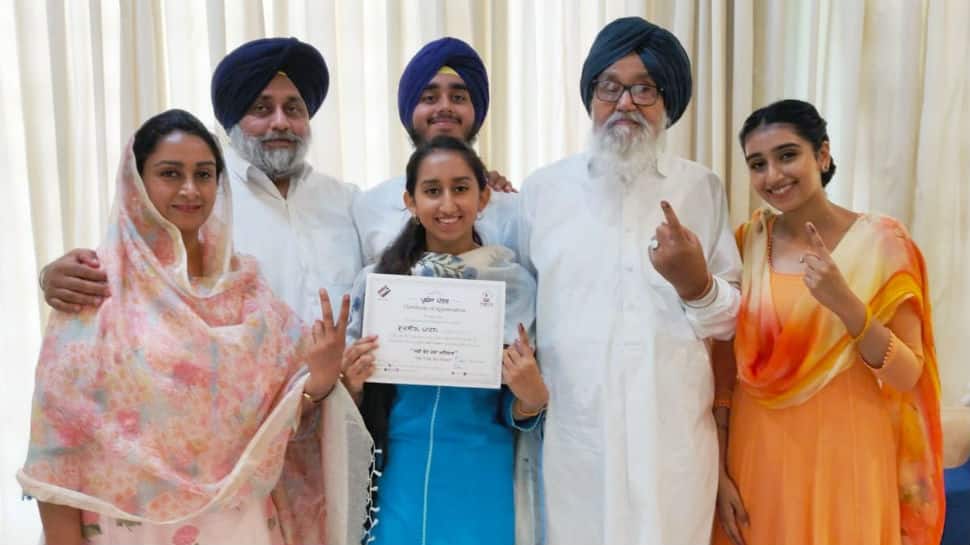 Gurleen Kaur was among the 3.94 lakh first-time voters in Punjab (Image courtesy: Facebook/@SukhbirSinghBadal)
Share:
Updated:
May 20, 2019, 07:26 AM IST
Source:
PTI

The showcause notice was issued for wearing Akali Dal badge when she came to a polling booth for casting her vote in Muktsar, under Bathinda parliamentary constituency, an official said.

The Election Commission took cognizance of videos showing she was wearing the party badge.

"After the reply comes, we will decide the next course of action," he said.

In Chandigarh, Punjab's Chief Electoral Officer S Karuna Raju said he was yet to receive a report in this regard.

Meanwhile, Badal posted a picture of his daughter and other family members on his Facebook page after she cast her vote. Kaur was among the 3.94 lakh first-time voters in Punjab.

"Today is a great day for us. Gurleen cast her vote for the first time, accompanied by her grandfather Parkash Singh Badal. When the wisdom of age unites with the energy of youth, the country stands tall.

It is a proud moment for us and for all those Indians whose children have come of age to be responsible citizens of our noble country," Badal wrote on his Facebook page.