At a rally in Sreerampur, PM Modi had said 40 TMC MLAs are in touch with him. TMC has told EC to ask PM Modi to provide evidence of this and if he is unable to, regard it as a poll code violation.

New Delhi: The Trinamool Congress has lodged a complaint with the Election Commission in which the party has accused Prime Minister Narendra Modi of encouraging horse trading. The party has asked EC to cancel his Lok Sabha election 2019 nomination.

In its letter to EC, TMC said that PM Modi is encouraging horse trading which, in political parlance, refers to unofficial talks with rival politicians. "He is encouraging horse trading by hinting that members of the AITC will cross over to the BJP, and using this lie to influence the voters and using this lie to persuade the voters," the letter reads. "You (EC) are thus requested to ask PM Narendra Modi for evidence in support of his statement, failing which his nomination should be cancelled for violation of the Model Code of Conduct by making such provocative and undemocratic statements." 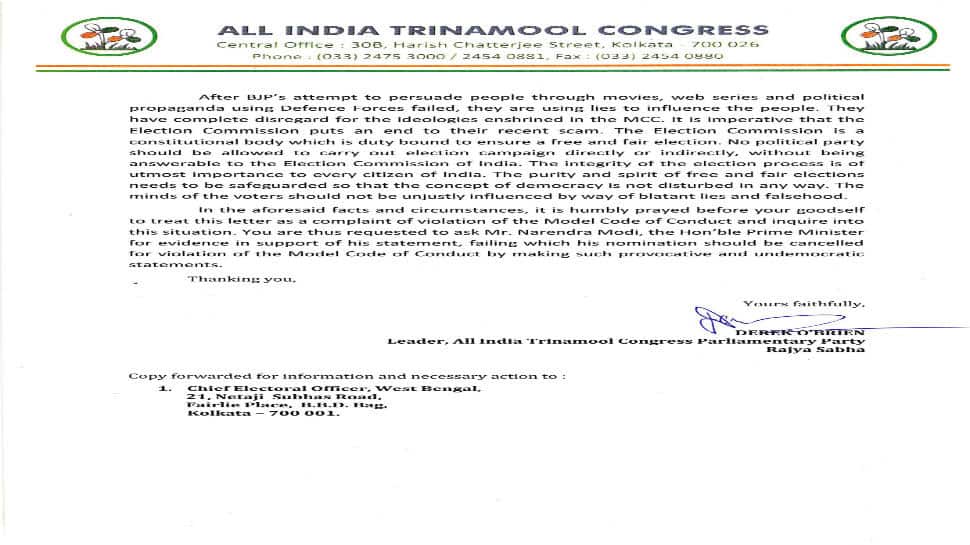 At an election rally in Sreerampur on Monday, PM Modi had said that 40 TMC MLAs are in touch with him and that all of Mamata Banerjee's MLAs would desert her once Bharatiya Janata Party won the Lok Sabha election. He had also accused the TMC chief and West Bengal CM of having dreams of becoming the Prime Minister despite 'only a handful of seats.'

The political slugfest between BJP and TMC, and PM Modi and Mamata, has reached a crescendo this election season. Several incidents of violence have been reported between BJP and TMC cadres in the first four rounds of voting in the state of West Bengal.

While BJP has accused TMC of stopping its poll agents and of trying to influence voters, TMC has hit back by saying that it is the BJP that is guilty of using undemocratic means this election.