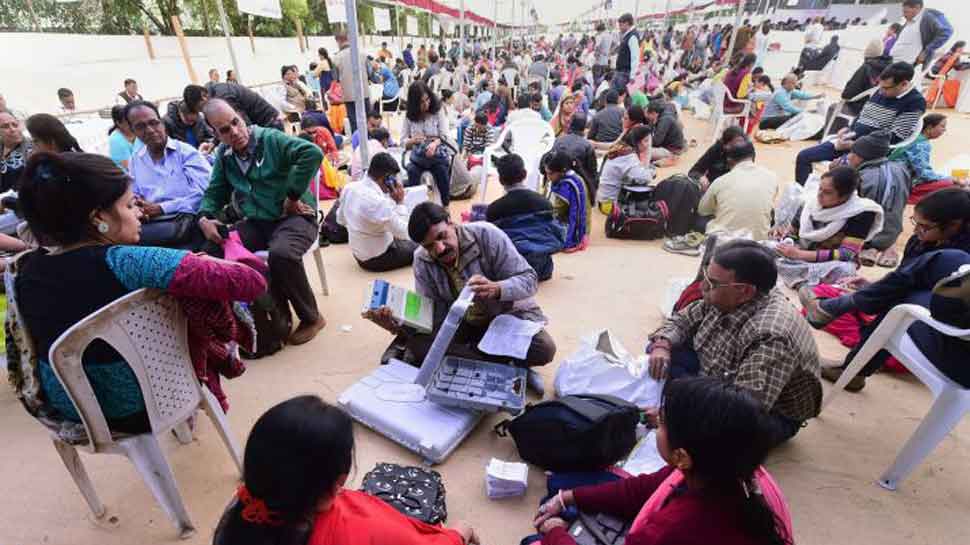 Tura is one of the two Lok Sabha constituencies in Meghalaya. Voting for Lok Sabha election in Meghalaya will be held in a single phase.

The first phase of voting in two constituencies of Meghalaya ended on April 11 with at least 75.60 per cent of the electorate exercising their franchise in Tura Lok Sabha constituency. The fate of 3 candidates will be decided on May 23 when counting of votes takes place and the result is declared.

Altogether 67.16 per cent voters today exercised their franchise in the first phase of polling in five Lok Sabha constituencies in Meghalaya.

In the bypoll, Conrad had won 3,29,497 votes as against Congress candidate Dikkanchi D Shira who secured 1,37,285 votes.

The seat, which was held by PA Sangma for several years, fell vacant after Conrad Sangma became the chief minister of Meghalaya in 2018.

This year, Conrad's sister Agatha Sangma will contest the Lok Sabha election from the seat for ruling NPP. Agatha Sangma will be up against former Congress chief minister of Meghalaya Mukul M Sangma. The BJP, an ally of the NPP-led Meghalaya Democratic Alliance (MDA) government in Meghalaya, has named party’s state unit vice-president Rikman G Momin as its candidate for the Tura parliamentary constituency.

Among the other three candidates who are contesting the election are former Congress chief minister of Meghalaya Mukul M Sangma and Bharatiya Janata Party's (BJP) state unit vice-president Rikman G Momin. The BJP is an ally of the NPP-led Meghalaya Democratic Alliance (MDA) government in Meghalaya.

Due procedure not followed in candidate selection: Congress leader