After joining the party an exuberant, Reddy cited that he is confident of party chief Jagan Mohan Reddy and so has joined the party. 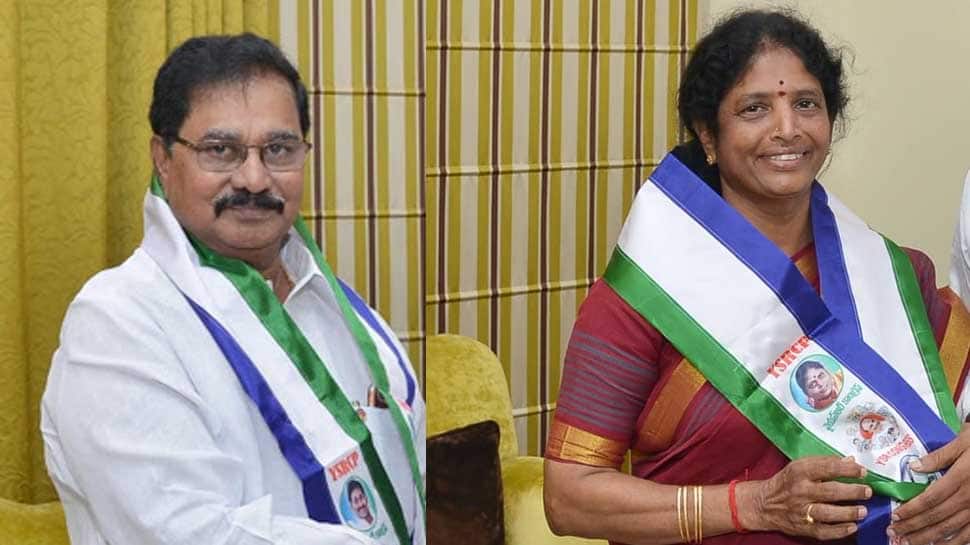 Four top Telugu Desam Party (TDP) leaders on Saturday joined the YSR Congress Party, just weeks ahead of the Lok Sabha election and Andhra Pradesh Assembly election. This comes a day after Zee News reported on Friday that they are eyeing a ticket from the YSRCP.

Geetha, who represented Pithapuram Lok Sabha constituency from 2009 to 2014 as a Praja Rajyam Party member, joined the party in Hyderabad. She is currently a TDP MP in the Rajya Sabha and but is eyeing a return to the Lok Sabha from Pithapuram and has reached out to the YSRCP for a ticket.

She said that she is very happy to join the party and only YS Jagan can do justice to the people through the party's welfare schemes, Navaratnalu. She added that YSRCP would definitely win the 2019 election.

Reddy joined the party even though the TDP had given him tickets from Nellore Rural assembly seat. Reddy will be contesting from Nellore itself, said YSRCP national general secretary Vijayasai Reddy.

Butta Renuka won the Kurnool Lok Sabha seat in 2014 as a YSRCP candidate by defeating TDP leader BT Naidu and later joined the N Chandrababu Naidu-led party. There were reports that Renuka will not get the TDP ticket from Kurnool as the former Congress leader Kotla Suryaprakash Reddy joined the party in January 2019 and is seen as the frontrunner candidate.

In another development, sources told Zee News that Dronamraju Srinivas and Konathala Rama Krishna will join YSRCP after Jagan Mohan Reddy's meeting with Andhra Pradesh Governor on Saturday evening. Konathala is a former minister in the Congress party.