Arjun Singh, the BJP candidate from Barrackpore, claims he was attacked by TMC workers who were 'scaring away voters'.

New Delhi: Several clashes between supporters of BJP and Trinamool Congress have been reported from various place in seven constituencies of West Bengal on Monday where polling for the fifth phase is currently underway.

BJP's candidate from Barrackpore Lok Sabha constituency Arjun Singh alleged that he was attacked by the supporters of Trinamool Congress and suffered injuries. "I was attacked by Trinamool Congress goons while I was trying to talk with voters. It was a planned attack and I will report the matter to the Election Commission. Trinamool's hooligans are running unchecked in the state. My bleeding mouth is a proof of it," news agency ANI quoted him saying.

Singh, who suffered a minor injury on his face, said that the goons were arranged by the Trinamool Congress from outside to scare the voters away.

As per the report, Arjun Singh reached a polling booth in Barrackpore where people complained to him that they were no allowed to cast their votes. The locals also alleged that BJP polling agent was not allowed to sit in the booth. Singh alleged that when he tried to intervene, he got heckled by the goons.

In another incident, Trinamool Congress workers allegedly thrashed a BJP polling agent at polling booth number 261 in Howrah. The report said that the polling agent was bleeding profusely and was rushed to a local hospital where he was given a treatment.

Here's the visuals of the scuffle: 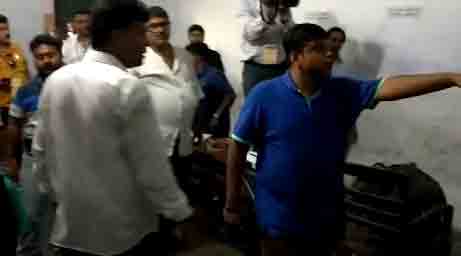 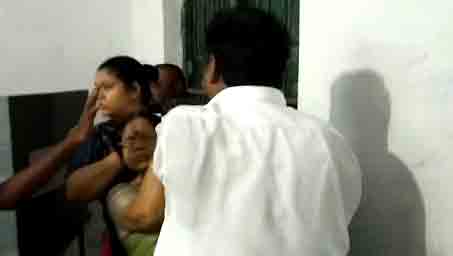 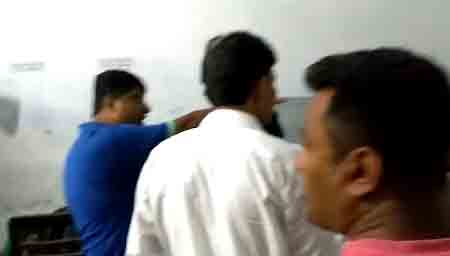 Voting in West Bengal is being held at seven out of the 42 Lok Sabha constituencies. Hooghly, Sreerampore, Arambagh, Howrah Uluberia, Barrackpore and Bongaoan are voting in the fifth phase. These constituencies are spread across three districts of south Bengal -- Hooghly, Howrah and North 24 Parganas.

Polling has already been held in 18 seats of the state in the past four phases.