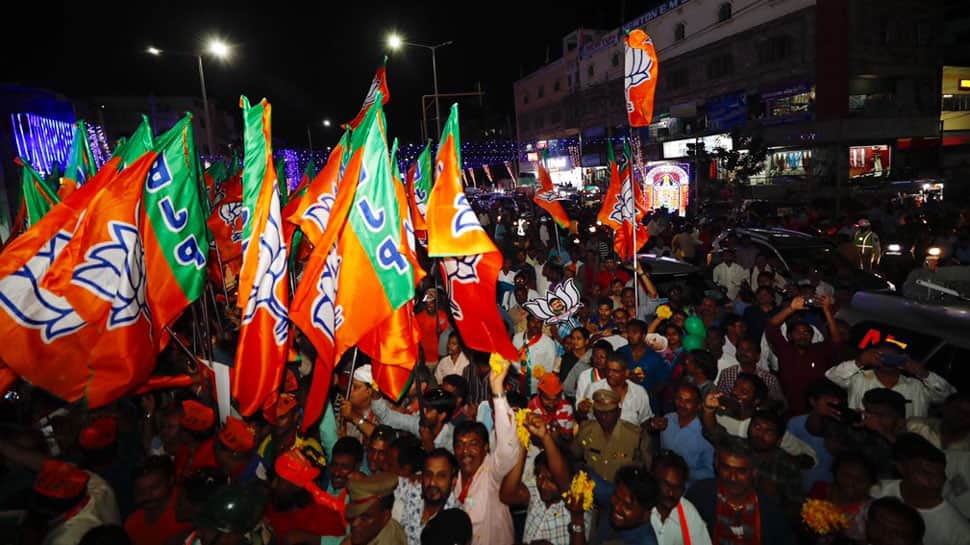 Visakhapatnam: The port city of Visakhapatnam is set to witness a contest between a political heavyweight and three debutants in the first phase of the Lok Sabha election on April 11.

The Congress has also fielded its candidate from the seat but her prospects, along with that of nine others, do not look very bright.

Of the seven Assembly segments under the Visakhapatnam Lok Sabha constituency, four are in the main city, while two are in the suburbs and one is a rural segment in the neighbouring Vizianagaram district.

Visakhapatnam is a cosmopolitan city, being the headquarters of the Eastern Naval Command and home to major central PSUs like the Hindustan Shipyard Limited, the Vizag Steel Plant and the Visakhapatnam Port Trust. It is also emerging as an information technology hub with major companies like Wipro, Tech Mahindra and Franklin Templeton expanding their operations here.

Nestled between hills and with a seafront, Vizag -- as the city is popularly known -- has been a major tourist attraction in Andhra Pradesh for long and it is now transforming into a "Smart City".

The Visakhapatnam Lok Sabha seat was won by the Bharatiya Janata Party's (BJP) Kambhampati Haribabu by a margin of over 90,000 votes against YSR Congress's honorary president Y S Vijayamma in 2014.

The BJP was then in an alliance with the TDP. This time, Haribabu has opted out of the contest, paving the way for Purandeswari to try her luck once again from the seat she had held from 2009 to 2014. She was with the Congress then.

Taking her on is the ruling TDP's Mathukumilli Sri Bharath, a 29-year-old businessman with an MBA degree from the Stanford University in the US.

Though a debutant, politics runs in Bharath's family with both his paternal and maternal grandfathers -- late M V V S Murthy and Kavuri Sambasiva Rao -- being former MPs.

Bharath's father-in-law Nandamuri Balakrishna is a film star and an MLA. Bharath is, thus, related to Purandeswari and TDP chief N Chandrababu Naidu as well.

When she represented Visakhapatnam in the Lok Sabha, one of Purandeswari's efforts was to get a railway zone established in the city but it did not materialise during the UPA regime.

The Narendra Modi government, however, announced the setting up of the Visakhapatnam Railway Zone, just days before the election schedule was notified, and Purandeswari can now showcase it as an achievement of the saffron party.

The Jana Sena had initially chosen businessman G Srinivas as its candidate for the Visakhapatnam Lok Sabha seat but within hours, he switched to the YSRC.

Lakshmi Narayana, a Maharashtra cadre IPS officer, took voluntary retirement last year and announced that he would float a political party. He had shot into fame as the CBI joint director in Hyderabad who investigated the disproportionate assets case against YSRC president Y S Jaganmohan Reddy.

He was tipped to be the TDP's candidate from the Bhimili Assembly seat, close to Visakhapatnam, but sensing political trouble, the ruling party dropped the idea. Lakshmi Narayana then promptly joined the Jana Sena and secured the Lok Sabha ticket.

The Congress has won the Visakhapatnam Lok Sabha seat nine times so far and the TDP has won it thrice. The Congress is nowhere in the scene now while the TDP is seeking to bag the seat after 15 years.

Retaining the seat is critical for the BJP to make its mark in the southern state, while it is more essential for Purandeswari to remain politically relevant.

Former Andhra Pradesh chief minister N T Rama Rao's daughter, Purandeswari had first won the Bapatla seat in 2004 and then, Visakhapatnam in 2009 on a Congress ticket when the party held its sway and went on to become a Union minister.

She shifted to the BJP in 2014 and lost from the Rajampet Lok Sabha seat.