Voters of rugged, high mountain passes of Himachal Pradesh`s Lahaul and Spiti valleys, which are still largely covered with snow, have threatened to prohibit politicians from canvassing in their area for the Lok Sabha polls. 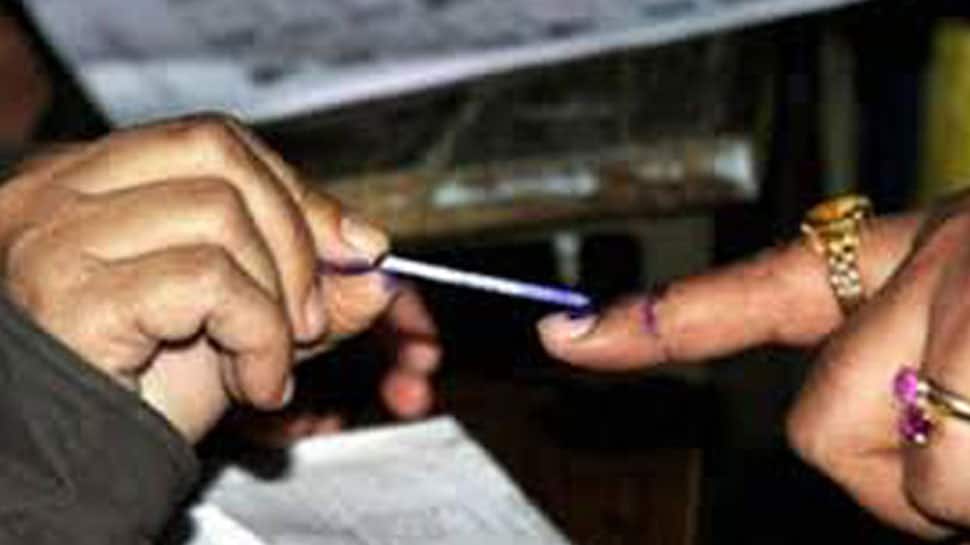 SHIMLA: Voters of rugged, high mountain passes of Himachal Pradesh`s Lahaul and Spiti valleys, which are still largely covered with snow, have threatened to prohibit politicians from canvassing in their area for the Lok Sabha polls.

They want both the main political parties -- the BJP and the Congress -- to come out with concrete plans to protect their traditional rights on local natural resources, including forests and to provide basic amenities.

Otherwise, they say there will be no entry for the politicians in Lahaul-Spiti district having 23,407 voters in the Mandi parliamentary constituency, one of country`s largest and toughest.

The successive governments in the state have failed to notify and implement the Forest Rights Act (FRA) of 2006, Save Lahaul-Spiti Society President Prem Katoch told IANS over phone.

Katoch said that healthcare in the entire district was the most pathetic.

"For more than six months, the people in Lahaul and Spiti are cut off from the rest of the world owing to closure of road links with onset of snowfall in December. During this period, there is no provision of specialist doctors in the entire district," he said.

"For every minor complication, we have to rush to other towns like Kullu and Shimla for treatment. During winter, the only mode of communication is the state-run helicopter and that runs once in a fortnight," he added.

Not open throughout the year, the landlocked Lahaul Valley, comprising over two dozen small and scattered villages, remains cut off owing to heavy snow accumulation from December onwards on the Rohtang Pass (13,050 feet) -- the only connection with Manali in Kullu district.

The road links restore only by mid-May when the snows melt. Helicopters are the only mode of transportation for the locals during winter.

The Rohtang tunnel, which is under construction and will run beneath the Rohtang Pass, will ensure all-weather connectivity between Lahaul Valley and Manali.

The Save Lahaul-Spiti Society asked the political parties to strengthen telemedicine facilities.

Also, it sought an assurance on strengthening telephone and road networks in the entire district that shares border with Tibet in China.

Lahaul-Spiti district, spread over 13,835 sq km, is a place of remote, untouched beauty with just 31,528 people. The entire district has 92 polling booths.

"We have requested the government several times. Now, the election is the best time to highlight our grievances," said Parkash Chand of Kibber village in the Spiti Valley.

He said after the notification of the wildlife sanctuary their entry into the forest had been banned and their local rights had come to an end.

"The government should come out with a suitable rehabilitation plan," he added.

BJP outgoing MP Ram Swaroop Sharma said he is aware of their problems. "We have strengthened medical facilities in Lahaul and Spiti and try to improve them more."

Similarly, Congress greenhorn Ashray Sharma said: "Our government will come out with a suitable action plan with focus on strengthening communication network, especially along the international border."

He said Sharma has failed to construct an airfield in Lahaul-Spiti.

For quite some time, state`s Lahaul-Spiti and Kinnaur districts, both dominated mainly by Buddhists, are echoed with slogans "avan adhikar kanoon lagoo karo" (implement the Forest Rights Act) and "ahamare gaon mein hamara raj" (self-rule in our village).

The locals say the Scheduled Tribes and Other Traditional Forest Dwellers (Recognition of Forest Rights) Act 2006 aims to redress the historical injustice that forest-dwellers have experienced, particularly the denial of their rights to forest land and resources.

"The law lays down all procedures for claim-filing and verification, but the (local) administration is unwilling to understand the provisions of the Act and is using the law as per its own convenience," said social activist Akshay Jasrotia, who has been advocating implementation of the Act.

Pleading against the poll boycott, Chief Electoral Officer Devesh Kumar said the Border Road Organisation (BRO) has been asked to initiate the process for allowing short-term usage of the 8.8 km Rohtang tunnel for facilitating transportation of men and machinery and election-related material to the Lahaul Valley.

Polling for the four Lok Sabha seats in Himachal Pradesh - Shimla (reserved), Kangra, Mandi and Hamirpur - is scheduled for May 19.