Who asked you to open the door in NDA: Chandrababu Naidu hits backs at Amit Shah

Hitting back at the BJP chief, Chandrababu Naidu said, "Who has asked him to open the door? Why is he talking like this? I totally condemn this attitude and arrogance." 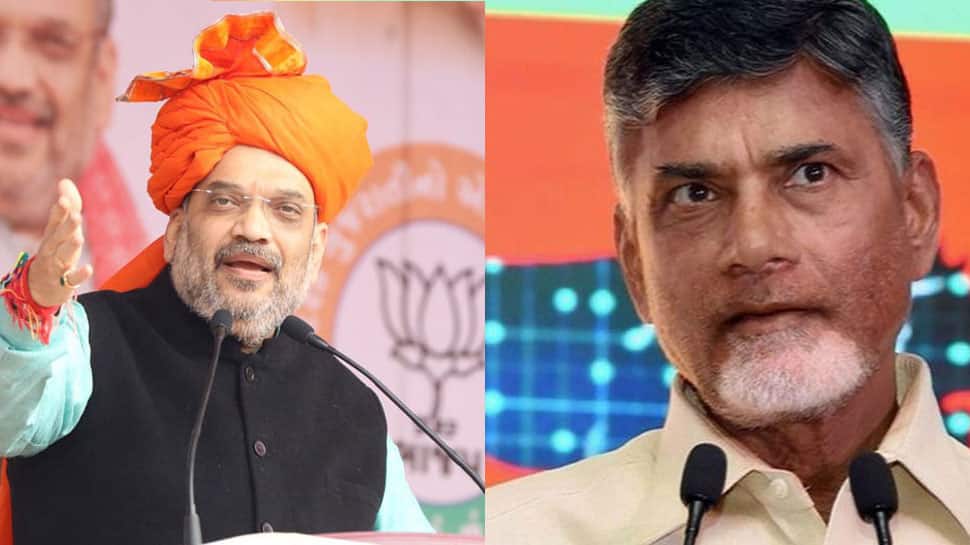 Amaravati: Andhra Pradesh Chief Minister N Chandrababu Naidu on Monday condemned the arrogance and attitude of BJP president Amit Shah who had, earlier in the day, attacked the former making it clear that the doors of the National Democratic Alliance (NDA) were closed forever for him.

Hitting back at the BJP chief, Chandrababu Naidu said, "Who has asked him to open the door? Why is he talking like this? I totally condemn this attitude and arrogance."

Shah launched a scathing attack on the Andhra CM and predicted that the Telugu Desam Party (TDP) chief will once again try to come into NDA fold as the NDA will retain power and Narendra Modi will become the Prime Minister again after the 2019 Lok Sabha election.

He was speaking at a public meeting at Palasa town in Srikakulam district while flagging off a 'bus yatra' of state BJP president Kanna Laxminarayana.

Recalling that Naidu started his political career as an MLA of Congress, the BJP chief said he always switched loyalties to enjoy power. He further alleged that the TDP president joined hands with the Congress which had insulted Telugu people and did injustice to Andhra Pradesh.

Shah was on a day-long visit to North Andhra to interact with BJP workers in four Lok Sabha constituencies in the region - Visakhapatnam, Vijayanagaram, Anakapalli and Araku.