PM Modi had last week announced that India successfully tested an anti-satellite weapon (ASAT) and the country is now in an elite ASAT club after USA, Russia and China. 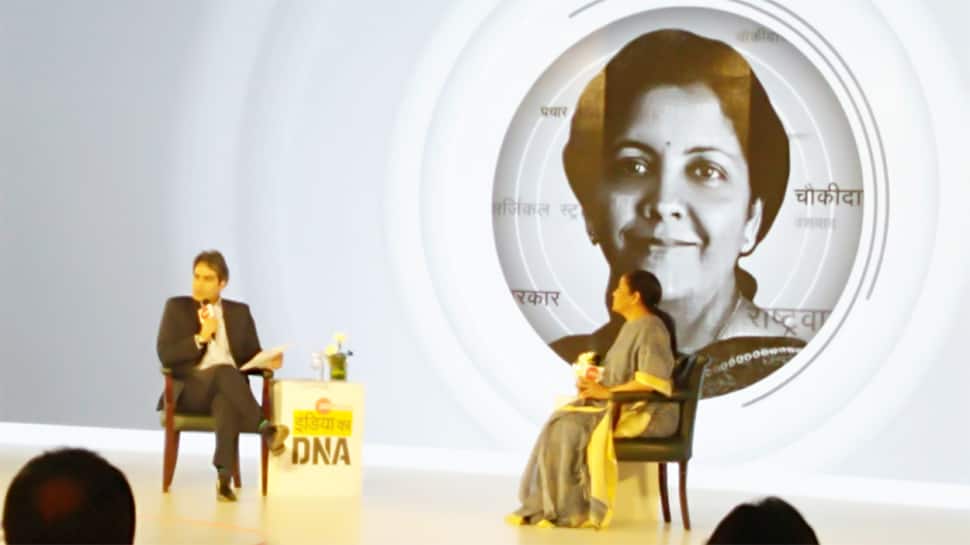 Union Defence Minister Nirmala Sitharaman, during Zee News' India Ka DNA conclave, spoke at length about the Balakot airstrike, ASAT missile and the UPA government's failure to counter terrorism. Calling Mission Shakti - under which India launched the A-SAT missile - a "massive achievement", Nirmala Sitharaman revealed why Prime Minister Narendra Modi announced it and not the scientists behind them.

She said: "ASAT missile test could have been announced by the scientists but it was a massive achievement. If someone else other than the prime minister announces it, then it will not have the same value. It is a defensive measure and is not meant to wage a war. Such an announcement has to come from the prime minister." Last week, PM Modi had announced that India successfully tested an anti-satellite weapon (ASAT) and the country now has entered an elite ASAT club after USA, Russia and China.

She also complimented the armed forces for the Balakot airstrikes and said that she was pained by the voices of those demanding its proof. "Balakot airstrike was historic. There was a terror attack and 40 soldiers were martyred. A CCS meeting took place and several other agencies were involved in carrying out the airstrikes. Different people were monitoring the airstrike. At 4 am, I received the message that our pilots were back safe. It was then that I felt relieved". Balakot airstrike was a retaliation by the Indian government after Pulwama attack in which 40 CRPF personnel were martyred. As part of the airstrike, the Indian Air Force (IAF) had struck down a terror base camp in Pakistan by crossing the LoC.

He also complimented Wing Commander Abhinandan Varthaman who was taken into custody by Pakistan government after the crash of MiG-21. Recalling her meeting with Abhinandan, she said: "He was full of energy. He was rooted, and is not thinking about any glory after the aerial battle. He did his job and he is the perfect soldier."

"There is no estimate on the number of terrorists killed in Balakot. Balakot centre had terrorists for training. Several fidayeen trainers were called in for the camp. These details are there in Pakistani media and social media," Sitharaman added.

Focussing on the need of Rafale fighter jets, she said: "If the forces have best weapons, then their morale is high. So there is this talk about Rafale. Rafale is a manufactured controversy. Congress has never done a defence deal without dalals. Under Arun Jaitley, Manohar Parikkar and my tenure, there was no controversy. Under Modi decisions are taken only on merit."

Attacking the opposition parties, she added: "In 1971, there was Jan Sangh in the opposition and Atal Bihari Vajpayee stood with the government and praised the military action. Now the stand of opposition is there for all to see. The opposition just takes the party line but the public can see through it."

Hailing the leadership of the PM, she thanked Modi for giving her the opportunity to be the Defence Minister. "I do not consider it exciting but it is exciting. I have learnt a lot. I thank the prime minister and the party. I am very blessed to have got this opportunity. There are many pending tasks. We have to do a lot," the union minister said.

Refusing to rate herself as the Defence Minister, she said that the UPA government failed to develop the country during the 10 years when they were in power. "A lot could have been done in 10 years of UPA. But those 10 years were wasted. They could have done a lot but nothing was done in those 10 years."

"Even in 2014 there was nothing wrong with India's DNA. There was a problem with the DNA of some people and they are still resisting it. India has not seen a government which works 24x7 for the development of the country. PM talks directly to the people. The country wants a strong and clean government. So it is again Modi sarkar," she concluded.

Won't reveal how we plan to contest Lok Sabha election, BJP will copy it: Akhilesh Yadav