Will plead to Rahul Gandhi to not resign as Congress president: Sheila Dikshit

"We are going near the residence of Rahul Gandhi to demonstrate there and convey our feelings that he should not resign," Sheila Dikshit said. 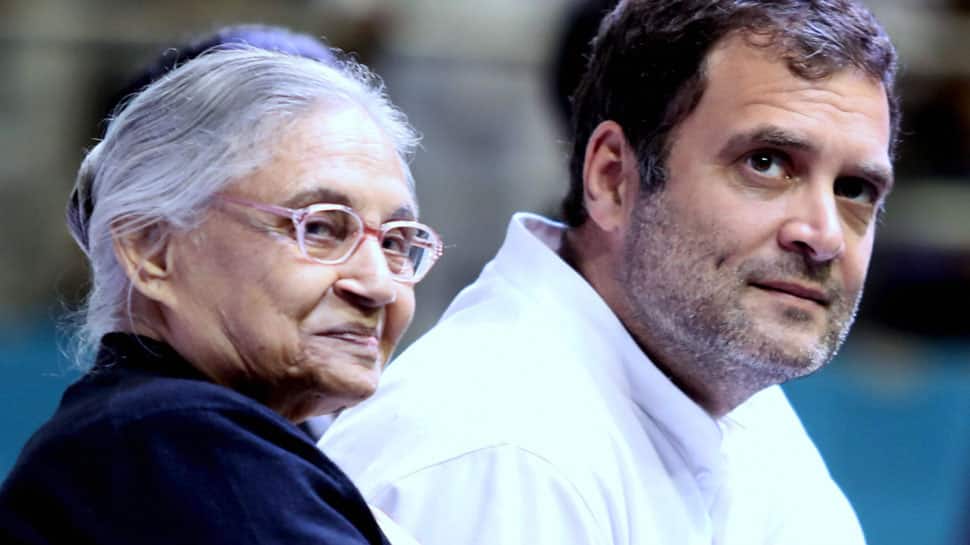 New Delhi: Senior Congress leader and former Delhi chief minister Sheila Dikshit on Wednesday said that she, along with Delhi Pradesh Congress Committee (DPCC) leaders, will demonstrate near Congress president Rahul Gandhi`s residence, urging him to not resign from his post.

Speaking to ANI here, Dikshit said, "We are going near the residence of Rahul Gandhi to demonstrate there and convey our feelings that he should not resign. We are absolutely against it as the party will suffer a very huge loss and we do not want that to happen."

"We are going there to plead and tell him please don't do it," she added.

Rahul has offered to resign from the party's president post after suffering a humiliating defeat in the Lok Sabha elections. His resignation was rejected 'unanimously' by the party members who authorized him to do a complete overhaul and restructure the party at every level.

The Congress president had also lost to BJP's Smriti Irani from Amethi parliamentary constituency represented by him since 2004.

Amit Shah likely to be given charge of Finance Ministry in Narendra Modi government 2.0: Sources