Without the family, Congress doesn't get crowd, with it they don’t get votes: Arun Jaitley

Arun Jaitley said the first family of the Congress is no longer an asset but an albatross around neck of the party. 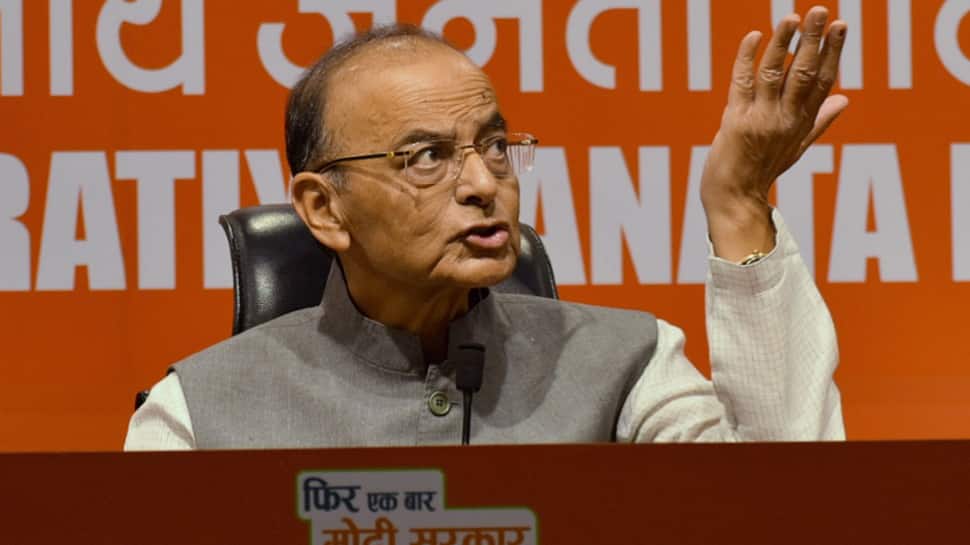 Hailing the exit polls that have given the Bharatiya Janata Party (BJP) led National Democratic Alliance a majority in Lok Sabha results, Finance Minister Arun Jaitley on Monday stated that the time is up for the Congress. Mounting an attack on the Gandhi family, he wrote in a blog: "Congress the first family is no longer an asset but an albatross around neck of the Party. Without the family, they don’t get the crowd, with it they don’t get the votes."

He also hit out at the opposition parties for alleging that the Electronic Voting Machines used in the elections are tampered. Stating that exit polls are a reflection of what people think, he said: "Exit Polls are based on personal interviews. The EVMs have no role. If the results of the Exit Polls and final results on the 23rd May 2019 are in the same direction, the Opposition’s fake issue of the EVMs would also lose its non-existent rationale."

He exuded confidence that the 2014 result in which "dynastic parties, caste parties and the Obstructionists Left received a setback" will be repeated in 2019. He asserted that the voters don't believe in coalition politics and voters know whom to vote for. " 'Coalition of Rivals' are untenable alliances and the voters are no longer willing to trust them. Political analysts are confused but the voters are clear. They don’t elect hung Parliament where ugly and untenable coalitions have a role to play," he said.

"Fake issues only satisfy the ‘manufacturers of fakery’. The voters don’t buy them," he added.

He lauded Prime Minister Narendra Modi's style of campaigning and said that people vote on the basis of merit and not on the basis of family names. "The personalised campaign against Prime Minister Modi did not cut much ice in 2014 and may not cut any ice in 2019. Leaders are judged on merit and not on caste or family names. Thus, the Prime Minister’s style of rising above caste and concentrating on performance related issues received far more acceptability with the electorate," he wrote.

It is possible that BJP will win more than 300 seats: Thawar Chand Gehlot