Won't agree to a number less than what Upendra Kushwaha gets in Mahagathbandhan: Jitan Ram Manjhi

Asked whether he would consider returning to the NDA if his demand went unheeded, Manjhi said the question does not arise. 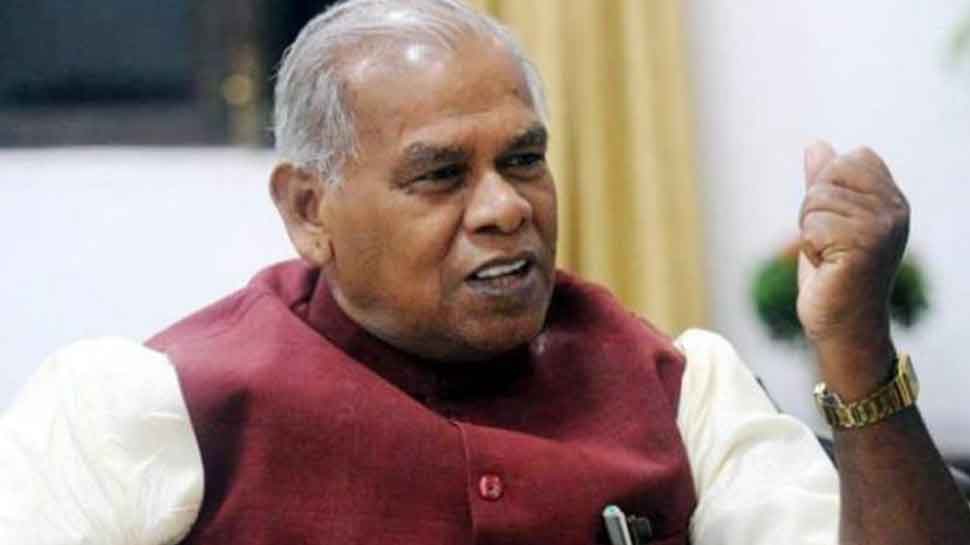 Patna: Former Chief Minister Jitan Ram Manjhi on Tuesday asserted his Hindustani Awam Morcha must get a number of seats that was not less than what would be offered to former Union minister Upendra Kushwaha's Rashtriya Lok Samata Party a late entrant into the Mahagathbandhan.

Manjhi made the statement at a press conference here, after a meeting of his party's core group.

"Under no circumstances would we agree to a number of seats that is less than what is given to Kushwaha. We are not demanding any specific number but our contention is we must not get less than RLSP. Rather, we should get more," the HAM founding president said.

Asked whether he would consider returning to the NDA if his demand went unheeded, Manjhi said the question does not arise. "Why would I have left NDA if I were to go back. When I joined Mahagathbandhan I had vowed that I will strengthen the hands of RJD supremo Lalu Prasad. I am going to meet him shortly," he said.

To a pointed query as to what alternatives he had in mind in case he did not get a favourable deal in the opposition alliance, Manjhi cryptically replied not fighting the polls could also be an option.

"A meeting of Mahagathbandhan constituents is also proposed on February 18. I am hopeful that things will be ironed out by then. The opposition alliance will be able to finalize its seat-sharing formula before the ongoing assembly session ends on February 20," he said.

He also said the resignations of HAM national spokesman Danish Rizwan and state president Vrishan Patel have been accepted and there is no possibility of their return to the party.

Manjhi also rubbished Patel's allegation that the HAM president was in touch with NDA leaders, exploring the possibility of a return in the event of the Grand Alliance not coming up with a good offer. He also deplored the recent comment by Rizwan, who had termed as a flop the Patna rally of Congress president Rahul Gandhi with whom Manjhi had shared the stage on February 3.

About Rizwan's allegation that Patel had siphoned off party funds, Manjhi said, "We will get it investigated. But the party spokesman should not have gone public with such accusations. It is an internal matter of the party."

Manjhi had floated his outfit in 2015 after quitting the JD(U) in protest against having been made to step down as Chief Minister to make way for the return of Nitish Kumar. His party fought the assembly polls as an NDA constituent but performed dismally, with only Manjhi achieving a victory in one of the two seats he contested.

He, however, quit the NDA in February last year, less than a year after Nitish Kumar's return to the BJP-led coalition, and joined the opposition alliance comprising RJD and Congress. Two months later, his son Santosh became a member of the legislative council with the help of the RJD which has the largest number of MLAs.

Kushwaha, whose RLSP was an NDA ally since the 2014 Lok Sabha polls when it won all the three seats it contested, resigned from the Union council of ministers and severed ties with the BJP-led coalition in December last year.

Although there has been no formal announcement with regard to the number of seats each party in Mahagathbandhan would be contesting, RLSP sources have claimed that an agreement has been reached wherein the party would be getting four Motihari, Ujiyarpur, Gopalganj and Kushwahas Karakat.

The bloated, loosely-knit Mahagathbandhan at present has about half a dozen constituents a couple of these being fledgeling outfits and the alliance also seeks to have an electoral understanding with the Left parties in a state that has 40 Lok Sabha seats.