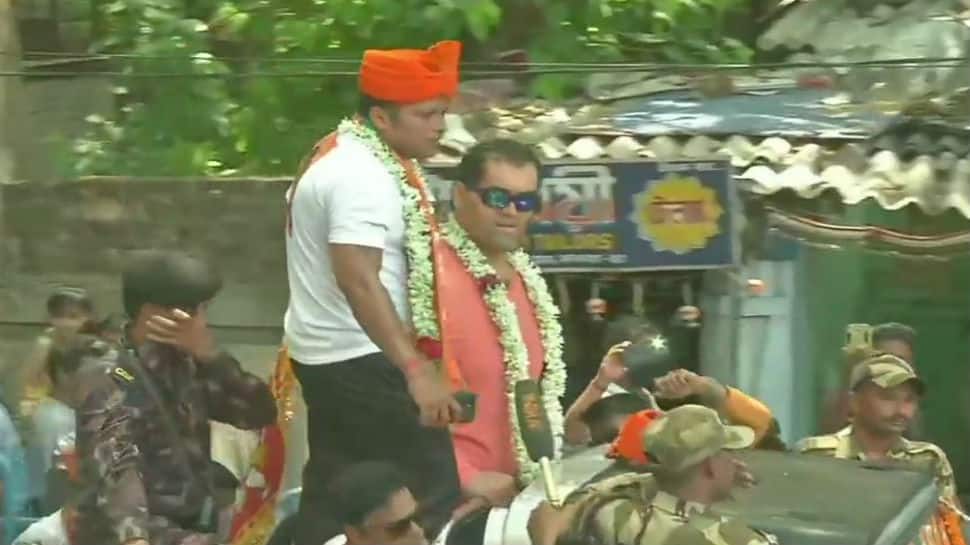 Known for his feared choke slams and dreaded Vice Grip, wrestler Khali has made a global name for himself by competing in World Wrestling Entertainment. On Friday, he took time off from wrestling to join Anupam Hazra in the Bharatiya Janata Party candidate's campaigning in Jadavpur Lok Sabha constituency.

The 7 ft 1 in wrestler joined Hazra on top of a jeep and waved to onlookers in a bid to help the BJP candidate get more votes. Hundreds of people gathered on both sides of the road to catch a glimpse of Khali who has a massive fan following all over the world, including India.

While Khali has made no moves to join active Indian politics so far, his campaigning is likely to add to the star power of Hazra who is competing against Bengali actress Mimi Chakraborty of Trinamool Congress. A number of celebrities are either directly competing in Lok Sabha election 2019 or are helping others in their respective campaign. In West Bengal, in particular, TMC has named Mimi, Nusrat Jahan, Shatabdi Roy and Dev - apart from Moon Moon Sen - as its candidates for the crucial election. TMC had also brought in Bangladeshi actors to participate in rallies which had resulted in a massive controversy.

Hazra's campaign with Khali, however, is unlikely to court any controversy at all as Khali was born in Himachal's Sirmaur district and still has his family here. He was employed with Punjab Police before trying his luck in professional wrestling. Since, he has acted in four Hollywood and two Bollywood movies and also featured in a number of TV shows.