Yeddyurappa questioned CM Kumaraswamy's claim, adding if he knew about the attack he should have informed the police or the President so that the death of the 40 CRPF soldiers could have been prevented. 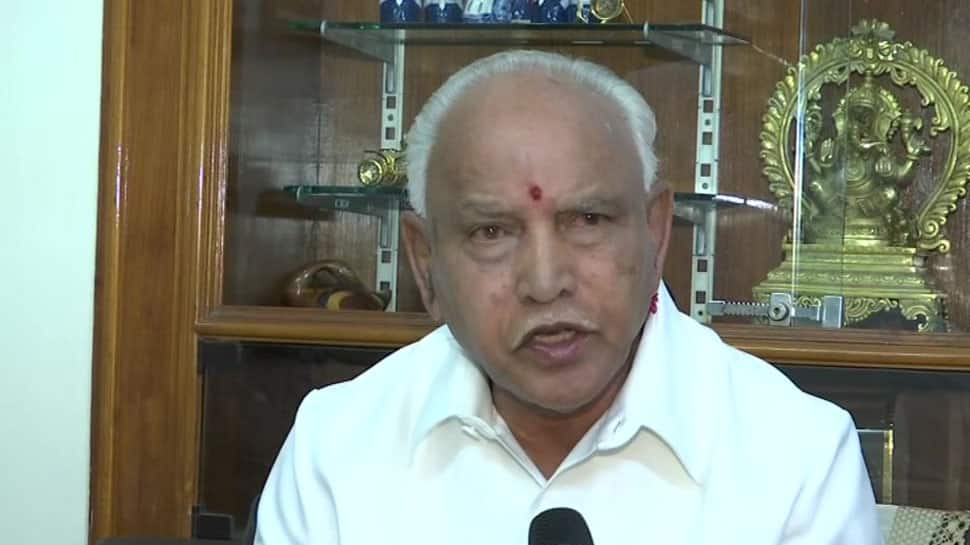 Speaking to news agency ANI, Yeddyurappa questioned CM Kumaraswamy's claim, adding if he knew about the attack he should have informed the police or the President so that the death of the 40 CRPF soldiers could have been prevented.

"If he knew about it two years ago, he should've informed police or the President so that the death of our more than 40 soldiers could be prevented," said Yeddyurappa.

With reference to the ‘Yeddyurappa diary’, he said, that if there is even a small amount of truth about it he will retire from politics, adding that it wasn't a diary but a few loose sheets. "If there's even a small amount of truth in it, I'll retire from politics. Officials and experts checked my handwriting and signature and they've said it wasn't my signature. It wasn't a diary but only 2-3 loose sheets."

Speaking on the Veerashaiva-Lingayat issue, he said, "Congress leader and Home Minister MB Patil had written to the then AICC chief Sonia Gandhi on Veerashaiva-Lingayat issue which exposes the conspiracy hatched by Congress to prevent BJP from coming to power in Karnataka. What is surprising is that Sonia Gandhi is involved in this conspiracy as the letter written by Patil starts with ‘as suggested by you’, that means she herself has guided state Congress leaders on the issue."

He added, "Being the head of a national party and claiming the legacy of Nehru family, she shouldn't have stooped to such a level because we have high regards for Nehru and his family. Though it's not new for Congress people to involve in such conspiracies. Despite all the divisive tactics by Congress party, BJP emerged as the single largest party in Assembly poll. In this election too we are 100 per cent confident that we'll not only win Shimoga LS seat with a huge margin but also win more than 22 seats in Karnataka."