YS Jagan was ready to give Rs 1500 crore to be CM: Farooq Abdullah in Andhra

Farooq Abdullah has urged people of Andhra Pradesh to give Chandrababu Naidu anoter term in office as CM of the state. 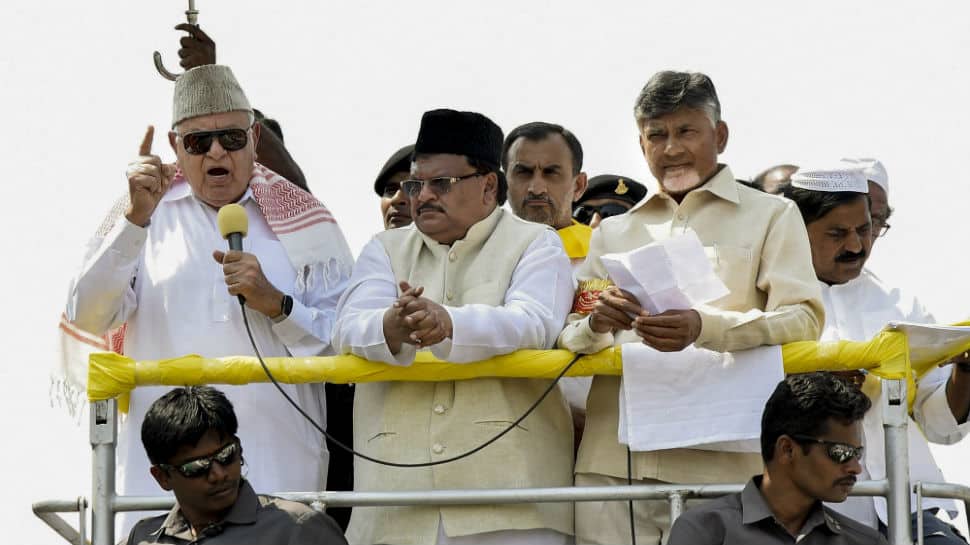 Farooq addressed a rally along with TDP president and Andhra Pradesh Chief Minister Nara Chandrababu Naidu in Kadapa on Tuesday. "I remember Jagan telling that if he's made Chief Minister then he's ready to give Rs 1500 crores to top brass (of Congress)," he said while addressing a public meeting.

The former union minister also spoke highly about his Mahagathbandhan ally Chandrababu Naidu. "Naidu alone can create wonders for Andhra Pradesh and he should be given second chance to rule the state."

Chandrababu, on the other hand, continued his tirade - mainly against Prime Minister Narendra Modi, Telangana Chief Minister KCR and YS Jagan. "PM did injustice to Andhra Pradesh while KCR is unnecessarily meddling in Andhra Pradesh affairs. If YS Jagan comes to power, no one will come forward to invest in the state," he said in a subsequent public meeting in Allagadda in Kurnool district which was also attended by Farooq.

Chandrababu has invited a host of other national leaders from the Mahagathbandhan to address public meetings for TDP. Delhi Chief Minister Arvind Kejriwal and West Bengal Chief Minister Mamata Bannerjee are likely to visit Andhra Pradesh in next few days.