Cops had no right to shoot, want Adityanath to meet me: Wife of Apple sales manager killed in police firing in Lucknow

Vivek Tiwari was reportedly with a woman in his car when he was shot dead by a policeman in Lucknow. 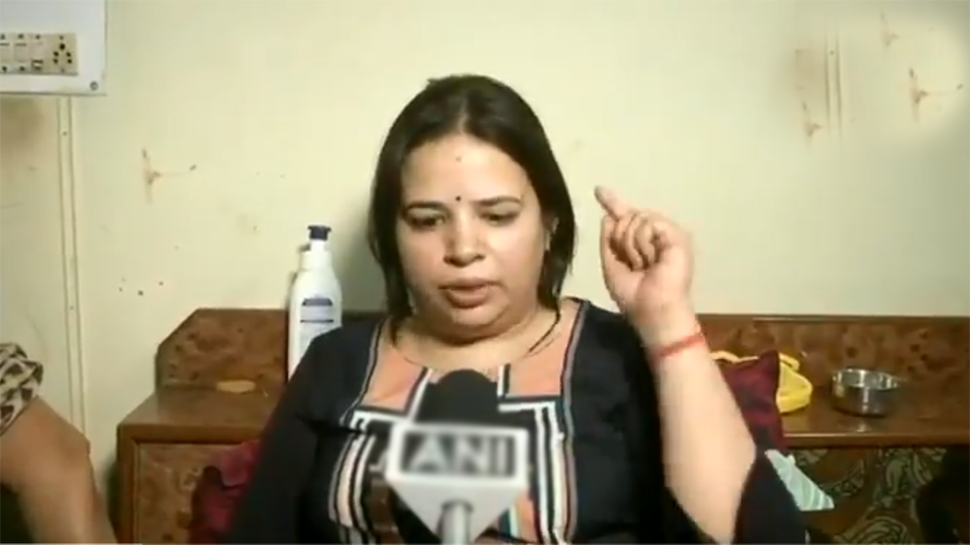 The killing of a man named Vivek Tiwari, who reportedly worked as a sales manager for Apple, has triggered a massive uproar in Uttar Pradesh. While the policeman, accused of shooting Tiwari dead, claimed that he fired the bullet in self defence, the relatives of the deceased have demanded action against the cop and a probe by the Central Bureau of Investigation (CBI) into the incident.

Kalpana Tiwari, the wife of the deceased, told news agency ANI on Saturday that the police had no right to shoot at her husband. She further demanded that Uttar Pradesh Chief Minister Yogi Adityanath must meet her.

#WATCH Kalpana Tiwari,wife of deceased Vivek Tiwari says,"Police had no right to shoot at my husband,demand UP CM to come here&talk to me." He was injured&later succumbed to injuries after a police personnel shot at his car late last night,on noticing suspicious activity #Lucknow pic.twitter.com/buJyDWts5n

Vivek Tiwari was reportedly with a woman in his car when the incident took place. The woman has said that she is under no pressure to hide the truth, adding that she wanted the culprit to be punished.

The Uttar Pradesh police has constituted a special investigation team under a Superintendent of Police to probe the incident.

The accused policeman has, however, defended his act, saying he had no option but to fire in self defence as Tiwari allegedly tried run him over thrice. According to the policeman, Prashant Chaudhary, he approached the car after it found it parked with lights off.

Allegedly in self defence, the policeman opened fire at the car and the bullet pierced through the windshield, hitting Tiwari. The Apple sales manager was immediately rushed to nearby Dr Ram Manohar Lohia hospital in Gomti Nagar area, but he succumbed to his injuries.

A case of murder has been registered against the policeman by the relatives of the deceased at the Gomti Nagar police station.

Demanding a probe by the CBI, the relatives of the deceased targeted Uttar Pradesh Chief Minister Yogi Adityanath. Tiwari’s brother-in-law Vishnu Shukla told news agency ANI, “Was he a terrorist that police shot at him? We choose Yogi Adityanath as our representative, we want him to take cognisance of the incident and also demand an unbiased CBI inquiry.”

Reacting to the incident, Uttar Pradesh Deputy Chief Minister Keshav Prasad Maurya assured that action would be taken against those found guilty.

Speaking to news agency ANI, Maurya said, “Investigation is underway. If an innocent person has been killed by the police, probe will be done. Actions will be taken against those found guilty.”