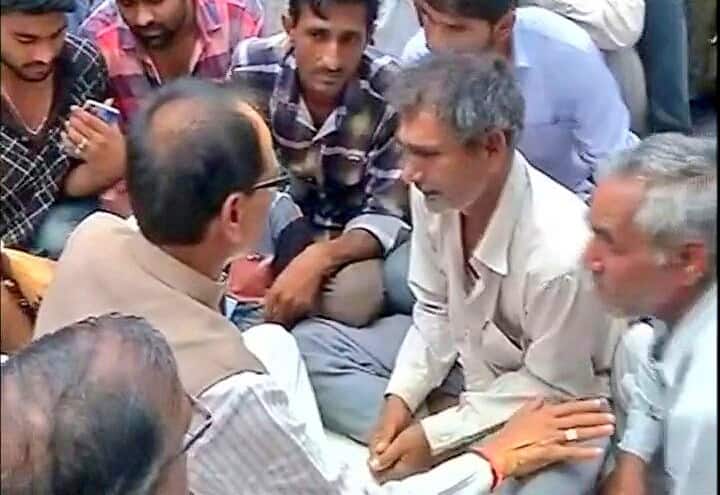 The MP CM met the family members of farmers killed in police firing.

On Sunday, Chouhan ended his day-old indefinite fast which he started here for the restoration of peace in his state rocked by violence during a farmers' agitation.

The farmers in Madhya Pradesh are on strike since June 1 demanding loan waiver and remunerative prices for their produce.

At least five persons were killed in police firing in Mandsaur on June 6. Farmer leaders, however, put the number of deaths at eight. One farmer died later of injuries sustained in clashes with police.

A number of political leaders, including Congress vice president Rahul Gandhi, and social activists have tried to visit Mandsaur but the police didn`t let them enter the area.

The curfew has been lifted from Mandsaur, but prohibitory orders remain.

Meanwhile, the state government has issued a notification for the judicial probe of the Mandsaur violence. Retired Justice JK Jain will head the one member judicial commission.