Hardik Patel, who had led the agitation for Gujarat's Patel community, and his supporters were detained in Madhya Pradesh’s Neemuch district while on their way to Mandsaur, the epi-center of last week’s violent farmers’ agitation. 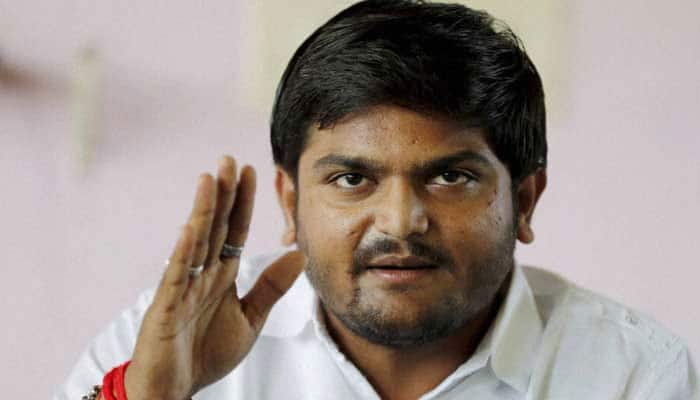 Bhopal: Hardik Patel, who had led the agitation for Gujarat's Patel community, and his supporters were detained in Madhya Pradesh’s Neemuch district while on their way to Mandsaur, the epi-center of last week’s violent farmers’ agitation.

They were released outside the state's border.

Patel had announced his decision to visit Mandsaur with his supporters on Monday.

"I will do my work and police and administration will do their job," he had told reporters.

Patel has grown into an influential Patidar leader after he led a mass agitation seeking reservation for Patidars in Gujarat in 2015.

And since then he’s constantly built upon the anti-BJP sentiment among Patels or Patidars as they’re known in central and north-west part of the country.

Hardik, who had spent six months in exile in Udaipur after a Gujarat High Court order, had returned to his hometown in January this year.

He was staying at a former Congress MLA's house during this period.

He was released from jail in Gujarat after nine months in confinement in July last year.

The Mandsaur-Neemuch region, about 300 km from Madhya Pradesh capital Bhopal, became the nerve centre of the storm of farmer distress, as protests over low prices for crops and heavy farm debts started on June 1 and snowballed into a widespread agitation.

As many as seven farmers were killed in two incidents of police firing during the protest on June 6.

Five of them were Patidars.

Meanwhile, state's Chief Minister Shivraj Singh Chouhan today announced that he will visit Mandsaur on Wednesday where he will met the kin of the deceased farmers.