Owaisi, whose party AIMIM won two seats in Maharashtra assembly polls, took a dig at BJP and Shiv Sena as the allies continue to be locked in a tug-of-war over rotational chief ministership. 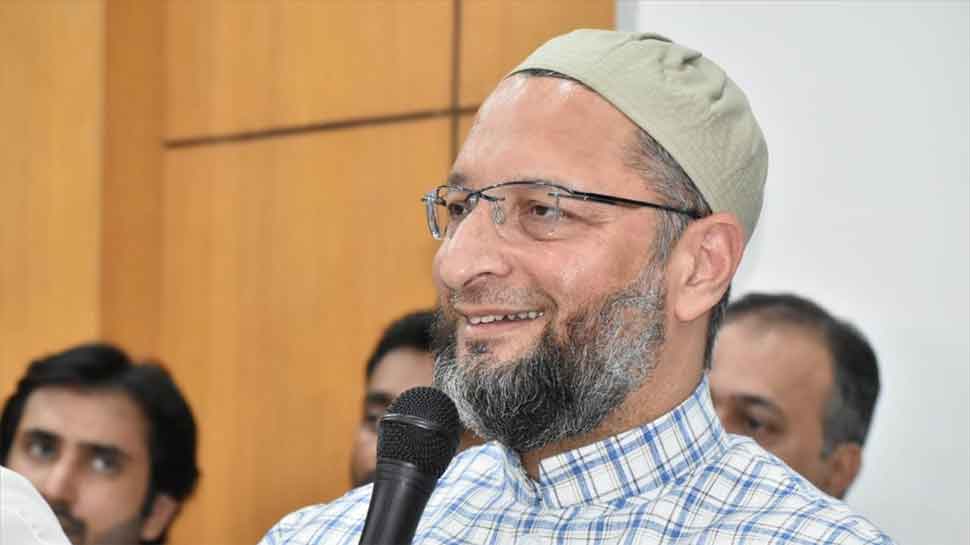 Hyderabad: Amid a political tussle between the BJP and the Shiv Sena over the chief minister post in Maharahstra, AIMIM chief Asaduddin Owaisi on Sunday took a jibe at the saffron allies asking if '50-50' is a new biscuit in the market.

Making his stand clear that AIMIM will not extend its support to either BJP or Shiv Sena in the state, he asked, "What is this 50-50, is there a new biscuit? How much 50-50 will you do? Do something for the people of Maharashtra. They are not bothered about the destruction that rain has caused in Satara. Farmers are worried but all they talk about is 50-50."

"AIMIM will neither support BJP nor Shiv Sena to form government in the state. I don`t know whether (Devendra) Fadnavis or some else is becoming the Chief Minister. Musical chair is going on.... It seems like Shiv Sena does not know what to do. It looks like Uddhav Thackeray is afraid of Prime Minister Modi," he stated.

Owaisi, whose party AIMIM won two seats in the Assembly polls in the state, was addressing an event on Saturday when he made the remarks.

The BJP and Shiv Sena, who are part of the ruling coalition in Maharashtra, fought the assembly polls in alliance. The BJP won 105 seats in the 288-member Maharashtra assembly and the Shiv Sena ended up with 56. With the BJP's tally dipping from 122 in 2014, the Sena is seen to have gained more leverage. Together, the two have 161 seats, way past the half-way mark of 144. On the other hand, NCP and Congress, who also fought the polls in an alliance, won 54 and 44 seats respectively.

The Sena has sought an arrangement where a Chief Minister each from the two parties will split the five-year term and wants an assurance from the BJP leadership in writing. Many Sena MLAs want party chief Uddhav Thackeray's son Aditya Thackeray, 29, who contested and won from the Worli Assembly, to be Chief Minister for two-and-a-half years. Aditya is the first from the Thackeray clan to ever contest an election.

Top Sena sources have ruled out staking claim to form government. The BJP is likely to do so after its newly-elected MLAs formally elect Mr Fadnavis as their legislature party leader. The BJP will then have to prove its majority on the floor of the house, by convention.