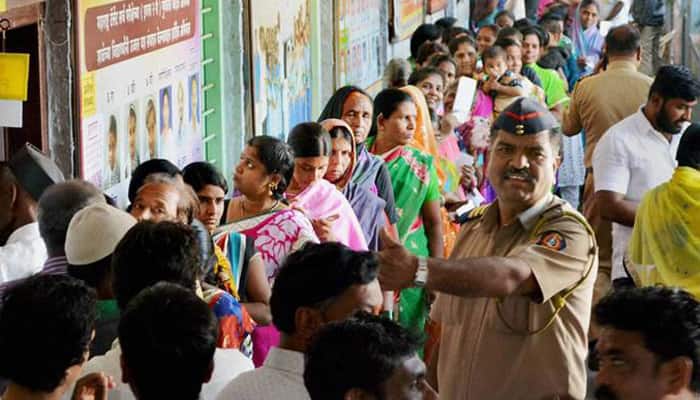 The election, which will also pick 11 Zilla Parishads and 118 Panchayat Samitis, is widely seen as a referendum on Chief Minister Devendra Fadnavis.

Both of them led their respective parties from the front and were involved in a no-holds-barred campaign, relegating the Opposition Congress, NCP and other players like MNS and AIMIM to the background.

Thank you #Mumbai for the record voting percentage & people from all Municipal Corporations & ZP for participating in festival of democracy!

The turn-out for 11 Zilla Parishads and 118 panchayat samiti polls was better than in the cities, at 69 percent, state election officials said this evening.

The polling was peaceful across the state.

A total of 17,331 candidates are in the fray for 3,210 seats up for grabs in this second phase of civic/local body polls in Maharashtra.

As many as 43,160 polling booths were set up and around 2.76 lakh election staff and equal number of police personnel were deployed for the conduct of the elections.

More than 1.80 crore electorate were eligible to exercise their franchise in the zilla parishads and panchayat samitis while the total number of urban voters stood at 1.95 crore.

The first phase of 15 zilla parishads and 165 panchayat samitis polling was held on February 16 where 69 per cent voters exercised their franchise.

The counting will take place on February 23.

Around 53% voter turnout reported in Thane