The Pro-Tem Speaker - usually the senior-most elected legislator - to be appointed and sworn-in by Governor B.S. Koshyari, will conduct the oath-taking ceremony of all the 287 MLAs - excluding himself - since he has already been sworn-in. 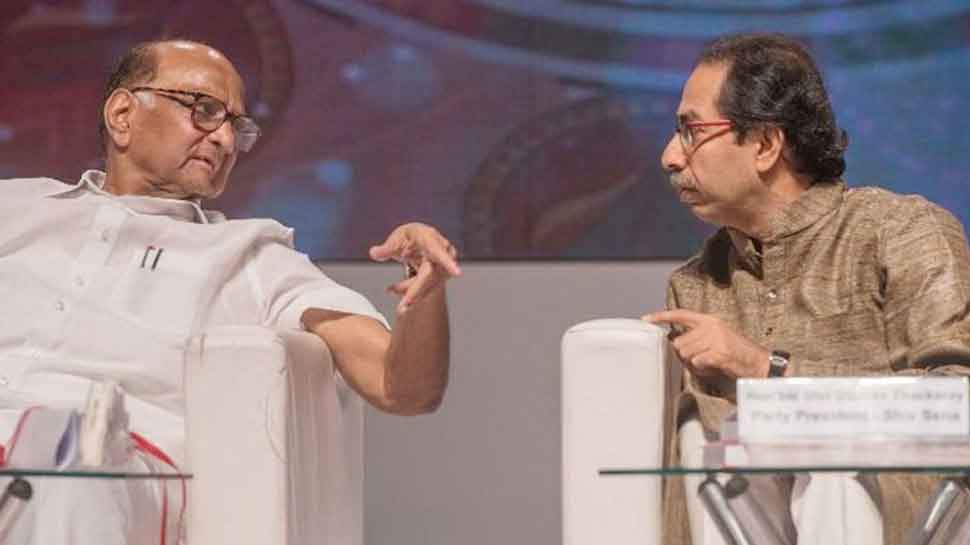 Mumbai: Amid the ongoing political public and private wars, the next big challenge before the Bharatiya Janata Party, Shiv Sena, Nationalist Congress Party and Congress will be during the crucial Maharashtra Assembly session later this week, political and legal experts said.

On Saturday, the NCP sacked its legislature party leader - now Deputy Chief Minister - Ajit Pawar, and replaced him with its state President Jayant Patil, at the height of the crisis currently rocking the country`s second most politically significant state.

"The NCP has duly informed the Governor`s office, where it is taken on record, since there is no legislature right now. Effectively, Ajit Pawar is no longer the leader of NCP Legislature Party, and hence, any of his actions now would be of no consequence," said a constitutional law expert requesting anonymity.

The Pro-Tem Speaker - usually the senior-most elected legislator - to be appointed and sworn-in by Governor B.S. Koshyari, will conduct the oath-taking ceremony of all the 287 MLAs - excluding himself - since he has already been sworn-in.

"This will pave the way for the first major political and constitutional trial on the floor of the Assembly - the election of Speaker for the ruling party. In this case, the BJP and Ajit Pawar`s claimed support of NCP MLAs must get their Speaker elected. Otherwise, the government will automatically collapse," the expert said.

This will render the subsequent vote of confidence for the new government - headed by Chief Minister Devendra Fadnavis - into a mere formality as it would have already lost any constitutional and statutory right to continue in office.

As per the present claims of strength, the BJP claims at strength of more than 170 MLAs, including its own 105, plus those who are purportedly supporting Ajit Pawar, Independents and smaller parties.

On the other side, the Sena-NCP-Congress also claims over 165 MLAs, as indicated by Sena MP Sanjay Raut on Sunday.

The Maharashtra Assembly has a total strength of 288 MLAs, including the Speaker.

Adding both claims leads to a situation where the total number of supporting legislators exceeds the number of elected members of the assembly, so one of the claims is misleading or false, the expert pointed out.

"However, irrespective of the contentions of their respective actual or claimed strength outside the legislature, both sides will be completely exposed during the election of the Speaker, before the entire country and the people of Maharashtra who have elected them," he concluded.

Not sure if Ajit Pawar is tweeting himself, says NCP leader Nawab Malik