Incessant rainfall on Sunday night has continued for most of Monday morning, causing massive trouble in the peak rush hour at the start of the week. 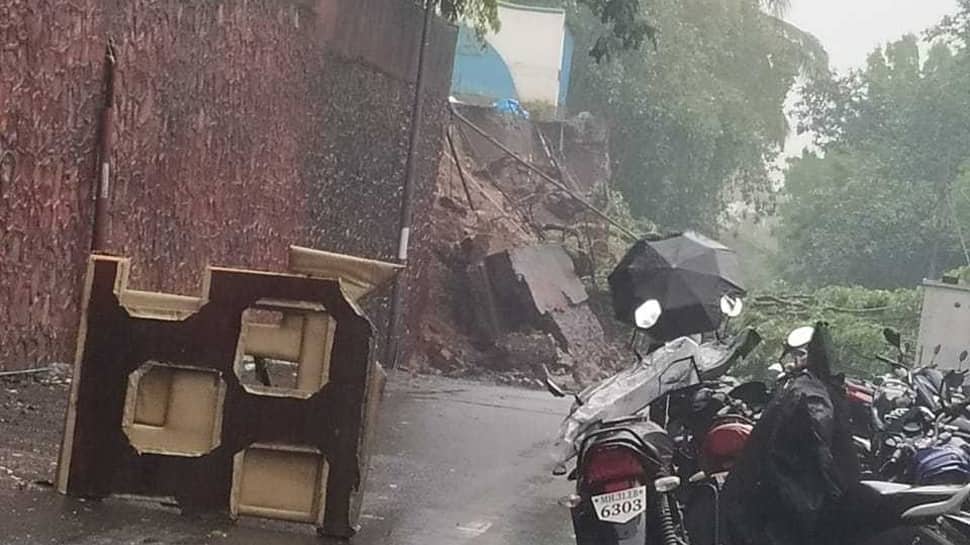 Familiar scenes of waterlogged roads have compounded the miseries of Mumbaikars as heavy overnight rainfall continued well into Monday and thrown daily life out of gear in the city.

The start of the week has caused difficulties for people on the move in the Maximum City with several areas here reporting water-logged roads. Traffic jams have been reported at many of the key interjunctions in the city and its suburbs.

Air traffic too has been severely affected with visibility fluctuating constantly here.

Following are the live and latest updates from Monday (July 8):

India Meteorological Department has shared forecast of heavy to very heavy rainfall (upto 200 mm) in the next 24 hours.  We request Mumbaikars to take precautions & ensure safety. He has urged the people to Dial 100 in case of any emergency: Mumbai Police Commissioner

India Meteorological Department (IMD), has shared forecast of heavy to very heavy rainfall (upto 200 mm) in the next 24 hours.

We request Mumbaikars to take precautions & ensure safety. #Dial100 in case of any emergency.

Train movement on Mumbai-Pune line on Central Railway route affected after a boulder fell on the down line between Thakurwadi-Monkey Hill at 1515 hours. Down line and Middle line affected.

Maharashtra: Train movement on Mumbai-Pune line on Central Railway route affected after a boulder fell on the down line between Thakurwadi-Monkey Hill at 1515 hours. Down line and Middle line affected.

An incident of wall collapse has been reported from Andheri East. One lady is said to have been trapped inside the debris.

Rainfall leads to water-logging in the Andheri Subway

Several areas of the city are waterlogged due to spells of rain since morning. Waterlogging has been reported from areas like Sion, Kingscark, Lower Parel, Malad, Kandivali. If the rain does not slow down, the city is likely to experience more trouble.

On Monday, Mumbai is grappling with traffic woes as rain lashes most parts of the city.

The India Meteorological Department at 8am said that intermittent rain or showers in city and suburbs with heavy falls at isolated places.

Here is the amount of rainfall that Maharashtra has received so far on Monday:

Brihanmumbai Municipal Corporation on Monday said that waterlogging has been reported from some areas and efforts are on to pump out water from the area. "Dear Mumbaikars, the city has experience heavy rainfall in the last couple of hours, especially in the eastern suburb. We regret all the inconvenience that has showered along. But the intensity is on decline now & our teams will try to pump out logged water as soon as possible," the BMC tweeted.

Due to intermittent rain since morning, water has been accumulated on the rail track near the Central Line's Vikhroli station. 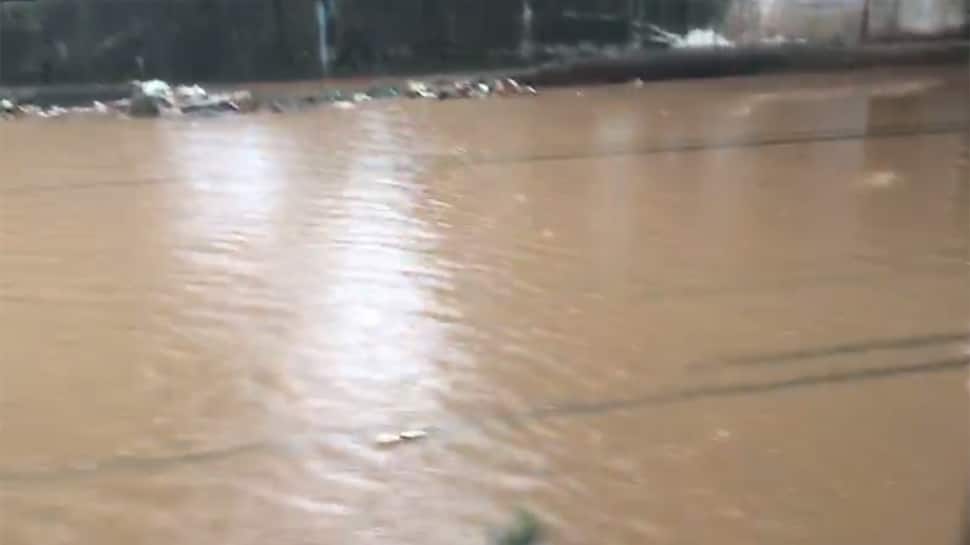 If today has been a harrowing day for Mumbaikars due to traffic jams, Tuesday could be even worse with auto drivers going on strike. Read full report here.

Local trains are running on schedule so far. There are also no reports of disruptions or waterlogging on the tracks.

Operations at Mumbai airport have been severely affected due to the weather. No flight has been cancelled yet but there have been delays. Read full report here.

It has been raining in many parts of the city since the wee hours of Monday morning. This has resulted in massive waterlogging on many of the streets.