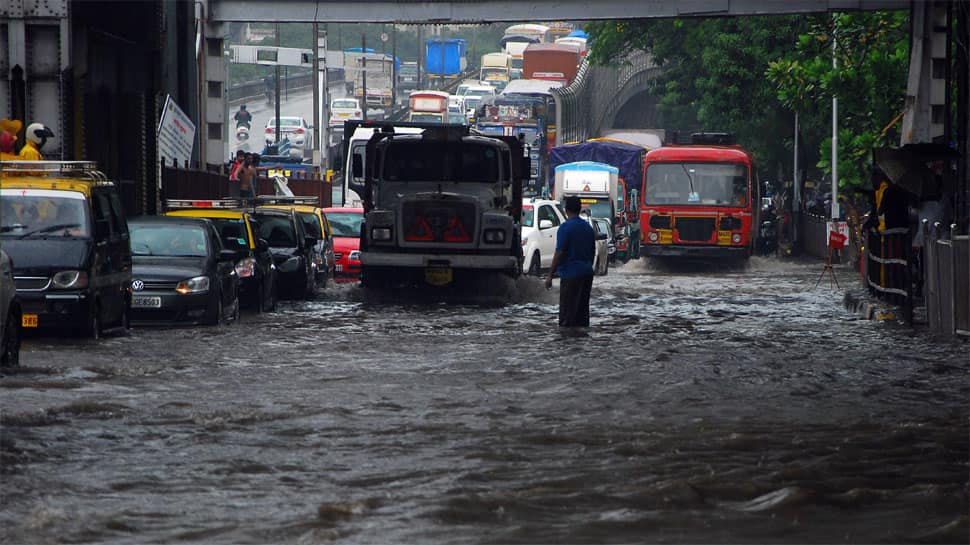 As Mumbai reeled under an intense spell of rainfall, traffic snarls due to waterlogging were reported from across the city. The situation is likely to remain similar over the next 48 hours with the weather department predicting heavy rainfall and high tides.

Trains on Central and Western Line were reported to be running late.

Eight people sustained injuries after three cars collided with each other on Andheri flyover due to low visibility following heavy rainfall in the area.

The city will witness a high tide at 4.24 pm on Wednesday,