MUMBAI: At least 700 passengers are stranded in a Mumbai-Kolhapur Mahalaxmi Express, which was stuck in between Badlapur and Wangani, following incessant rains in Mumbai and neighbour regions. Other estimates suggest that over 2000 passengers are struck. A total of 500 persons have been rescued so far.

Teams of National Disaster Response Force, Indian Navy, Army and Indian Air Force has been pressed into action to rescue the stranded personnel after the Maharashtra government sought their help. Authorities are hoping to airlift the passengers from the site. However, inclement weather has been hampering rescue work. 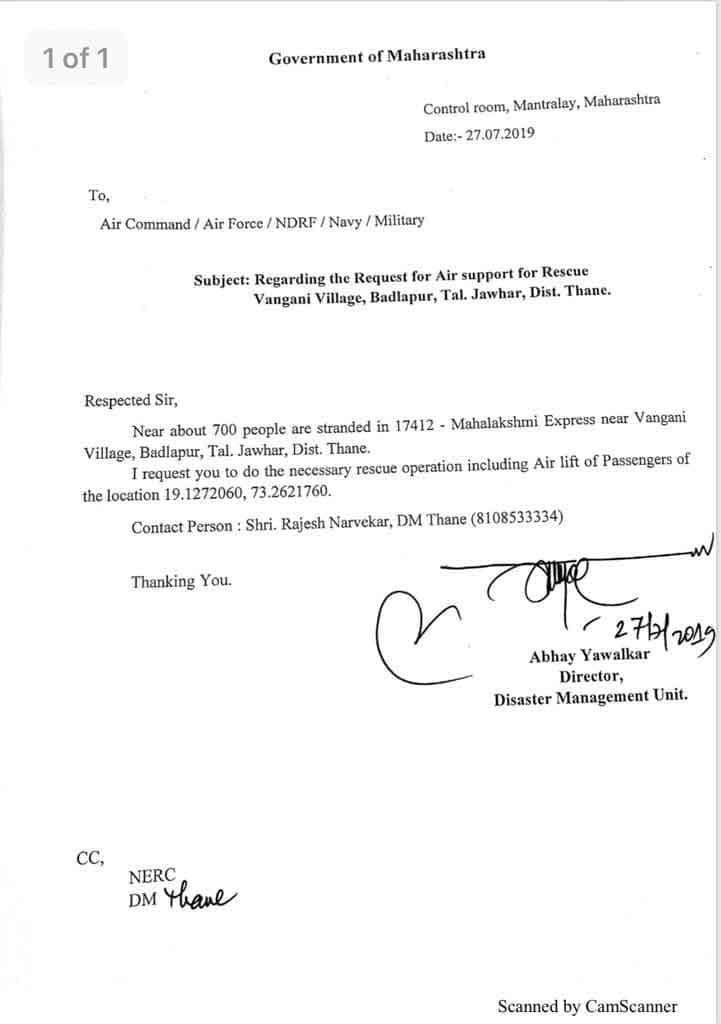 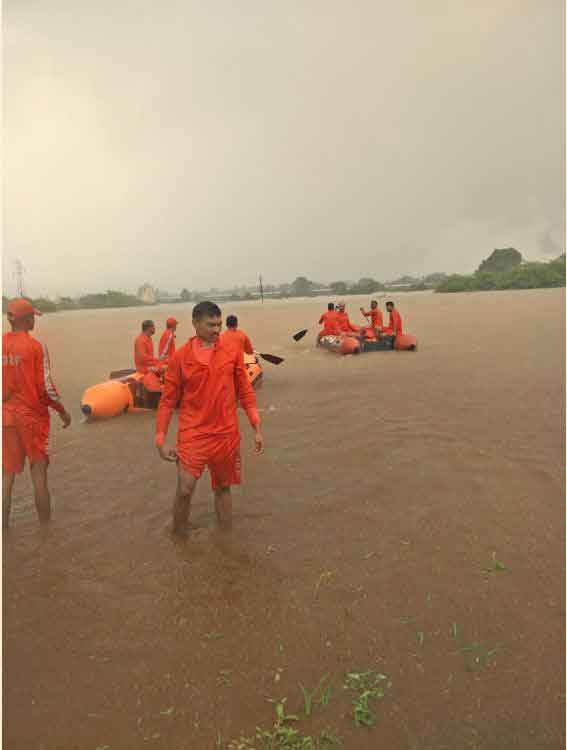 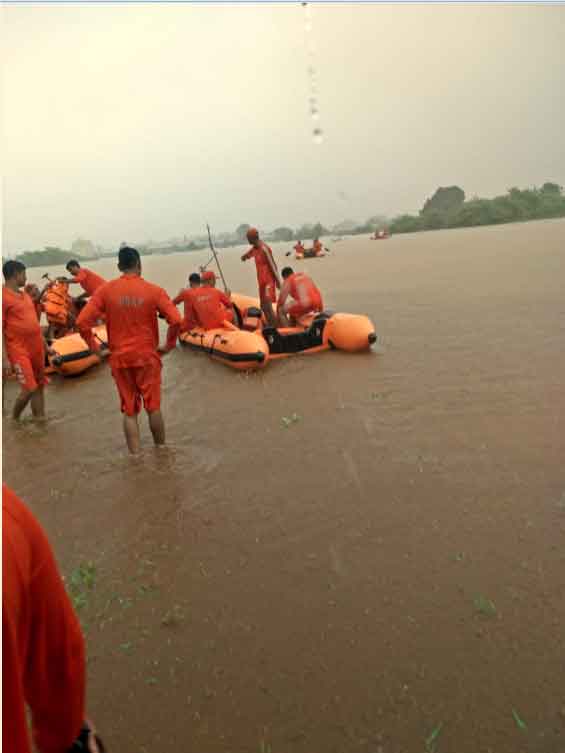 As per the latest update, three boats have reached the site of the train to assist passenger. A team of NDRF personnel along with teams of Indian Navy navy are on the move to rescue of passengers stranded in Mahalakshmi express in Wangni area. An IAF chopper has been pressed into action to support rescue efforts. Eight NDRF boats - six inflated and two more currently being inflated - with rescue personnel on it just a few hundred metres away from site.

The train is held up between Badlapur and Wangani at KM72. Badlapur is about 100 km from Mumbai.  Hundreds of panicky, starving and thirsty passengers on the Mumbai-Kolhapur train were seen making appeals for help on mobile videos and social media. They said they had no drinking water or food since nearly 15 hours and no escape route as the train was practically cut off with five-six feet water on all sides, reported news agency IANS. 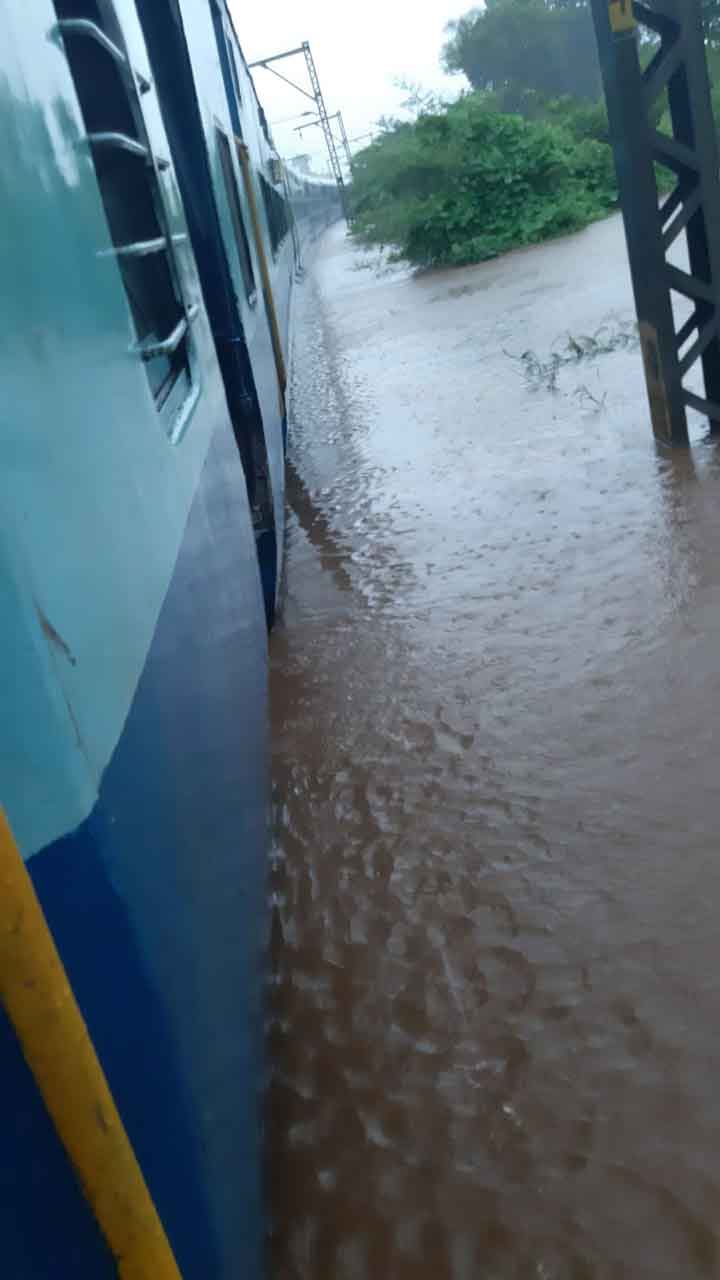 RPF and City police have reached the site where Mahalaxmi Express is held up. They are distributing biscuits and water to the stranded passengers. Official were also seen assuring the stranded personnel onboard.

Central railway requested passengers stranded in Mahalaxmi Express not to deboard or get down the train: "Our request to passengers of Mahalaxmi Express, please don't get down from train. Train is the safe place. Staff, RPF and City Police is in train to look after your well being. Please wait for advice from NDRF and other disaster management authorities," it tweeted.

Central Railways cancelled train services between Badlapur and Karjat/Khopoli. "Very heavy rains in Kurla-Thane belt and very-very heavy rains beyond Kalyan. As a precautionary measure, we have suspended services from Kalyan to Karjat/Khopoli. Services on all other corridors of Central railway are running," Chief Public Relation Officer, Central Railway said in a tweet.