The first ever song from Karan Johar's magnum opus Kalank has been unveiled. The song titled Ghar More Pardesiya has been penned by Amitabh Bhattacharya composed by Pritam and crooned by Shreya Ghoshal with Vaishali Mhade. 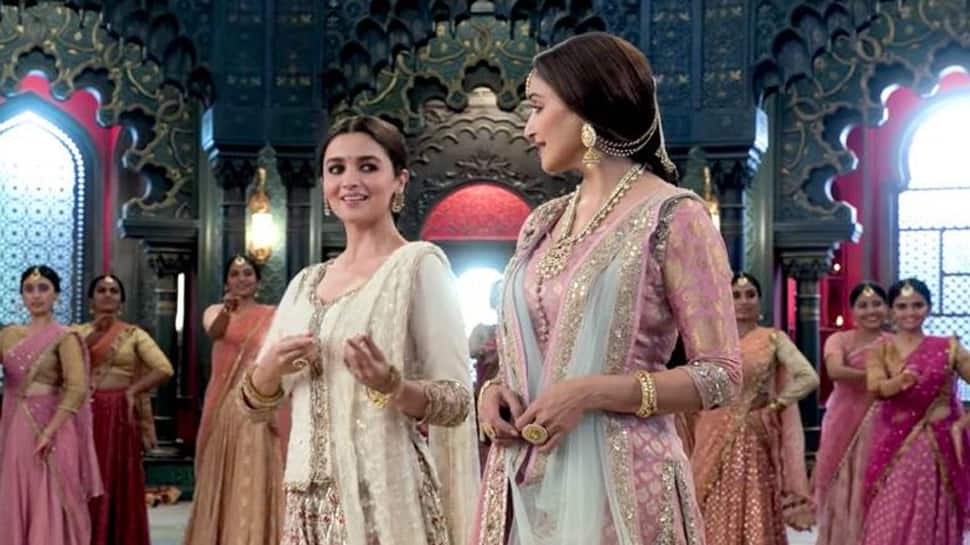 New Delhi: The first ever song from Karan Johar's magnum opus Kalank has been unveiled. The song titled Ghar More Pardesiya has been penned by Amitabh Bhattacharya composed by Pritam and crooned by Shreya Ghoshal with Vaishali Mhade.

The music video depicts the grandeur of Alia Bhatt and Madhuri Dixit's character. Alia, who probably is the disciple of Madhuri in the scene, shows off her Kathak skills while Madhuri beams with pride. Alia's Kathak skills are unmatchable and she looks nothing short of regal in the video. As per sources, Bhatt has been learning the classical dance form for about a year while Dixit is a trained Kathak dancer.

Varun Dhawan as Zafar has a fleeting appearance in the music video.

Earlier, sharing a pic from the song, Alia had written on her Instagram, "A song that gave me sleepless nights, days & months is coming very very soon.. I think you can safely say that I have never been SO nervous for anything in my life.. *screams frantically and hides under bed* You may have to send a search party to find me.

The film reunites rumoured ex-couple Sanjay and Madhuri on the big screens after a long hiatus. The two were reported to be dating each other years ago and fans are eager to see them working together after such a huge gap.

'Kalank' is slated to hit the theatres on April 17, 2019 and it is helmed by Abhishek Varman

Priyanka Chopra shares BTS pic from 'Sucker' with Nick Jonas and it is adorable beyond words!