The Indian government has rejected claims made by the Oxford University's wildlife experts that the increased tiger count was a result of flawed methodology for the census conducted in January this year. 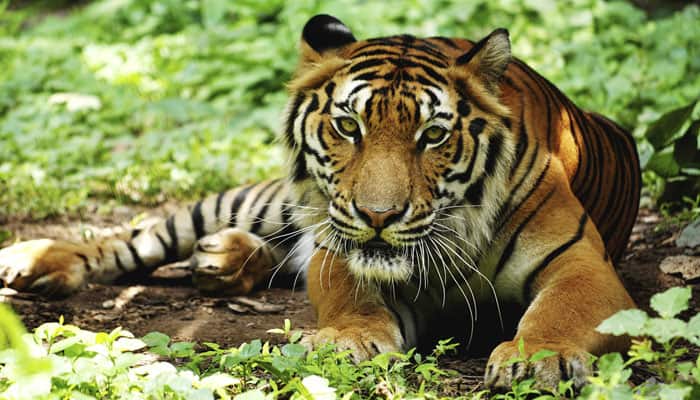 New Delhi: The Indian government has rejected claims made by a team of wildlife experts that the increased tiger count was a result of flawed methodology for the census conducted in January this year.

Asserting that the latest estimation was accurate, the government challenged the wildlife experts' study that suggested that the tiger populations in India may not be on the rise after all.

The government further said their study was a “theoretical iteration” on old data whose precision is “questionable” as it is based on artificial replications done by software rather than extensive search efforts in the field.

The National Tiger Conservation Authority (NTCA) sent a clarification in connection with the Oxford University-led study which claimed that the methodology employed by the Environment Ministry was flawed and said that biologists have used inaccurate data to question the tiger estimation method.

The NTCA, a statutory body under the Environment Ministry, had in January estimated that India was home to 2,226 tigers. The NTCA said the issues raised by a team of Indian wildlife scientists has “no relevance to the 2014 tiger population and status estimation”.

“Recently there have been some news reports in a section of media, based on the published study by Arjun Gopalaswamy and Ullas Karanth. The content of these published articles have no relevance in the context of 2014 tiger population and status estimation,” NTCA said in a clarification on Sunday.

A team of scientists from University of Oxford, Indian Statistical Institute and Wildlife Conservation Society led by tiger conservation expert Ullas Karanth recently claimed to have exposed inherent shortcomings in the 'index-calibration' method which meant it could produce inaccurate results.

The researchers had said that flaws in a method commonly used in census of tigers and other rare wildlife put the accuracy of such surveys in doubt.

NTCA said the study published by Gopalaswamy is based on data of 2005 and 2011 and has deliberately ignored methods used in recent estimation which are currently most advanced and robust spatial models and address all concerns raised in recent publication in 'Methods in Ecology and Evolution'.

Do you think the 'index-calibration' method used by Government in India's tiger count is accurate? in Science & Technology on LockerDome
Tags:
TigerTiger censusNational Tiger Conservation AuthorityNTCAOxford UniversityTiger populations in IndiaEnvironment Ministrygovernment
Next
Story