The research deepens scientists' understanding of how habits like sugar and other vices manifest in the brain and suggests new strategies for breaking them. 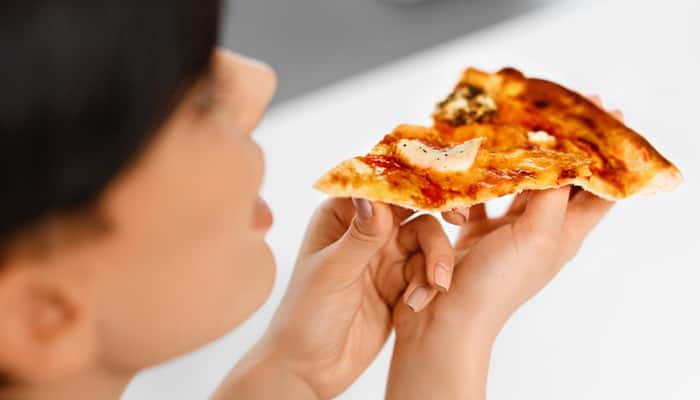 Washington: A new study has claimed that it is your habit that is making you hard to give up your junk food addiction, although you know that it's unhealthy.

According to researchers, a person can't avoid junk food because of a habit leaves a lasting mark on specific circuits in the brain, priming us to feed our cravings.

The research deepens scientists' understanding of how habits like sugar and other vices manifest in the brain and suggests new strategies for breaking them.

Researchers from Duke University in US trained otherwise healthy mice to form sugar habits of varying severity, a process that entailed pressing a lever to receive tiny sweets.

The animals that became hooked kept pressing the lever even after the treats were removed.

They then compared the brains of mice that had formed a habit to the ones that did not.

In particular, the researchers studied electrical activity in the basal ganglia, a complex network of brain areas that controls motor actions and compulsive behaviours, including drug addiction.

In the basal ganglia, two main types of paths carry opposing messages - one carries a 'go' signal which spurs an action, the other a 'stop' signal.

Researchers found that the stop and go pathways were both more active in the sugar-habit mice. They also discovered a change in the timing of activation in the two pathways.

In mice that had formed a habit, the go pathway turned on before the stop pathway. In non-habit brains, the stop signal preceded the go.

These changes in the brain circuitry were so long-lasting and obvious that it was possible for the group to predict which mice had formed a habit just by looking at isolated pieces of their brains in a petri dish.

Researchers observed that changes in go and stop activity occurred across the entire region of the basal ganglia they were studying as opposed to specific subsets of brain cells.

This might relate to the observation that an addiction to one thing can make a person more likely to engage in other unhealthy habits or addictions as well, researchers said.

To see if they could break a habit, researchers encouraged the mice to change their habit by rewarding them only if they stopped pressing the lever. The mice that were the most successful at quitting had weaker go cells.

"One day, we may be able to target these circuits in people to help promote habits that we want and kick out those that we do not want," said Nicole Calakos from Duke University.

The findings were published in the journal Neuron.