DNA editing could be key in sickle cell anemia cure

Changing a single letter of the human red blood cell DNA could be the key to curing sickle cell anemia and other blood-related diseases, according to a study published on Friday. 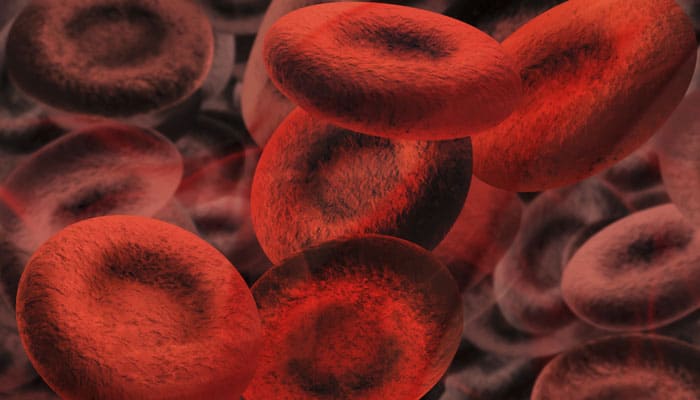 Sydney: Changing a single letter of the human red blood cell DNA could be the key to curing sickle cell anemia and other blood-related diseases, according to a study published on Friday.

The study led by Merlin Crossley, Dean of Science at the University of New South Wales, and published in Nature Communications magazine, sought to increase the production of oxygen-carrying hemoglobin, Efe news agency reported.

Using a technique developed by the study team, a beneficial, naturally-occurring genetic mutation is introduced into cells to reactivate a sleeping gene, active in the womb but usually turned off after birth.

The introduction of the single-letter mutation into red blood cells uses a protein known as TALENs, which can be designed to cut a gene at a specific point and provide the desired piece of donor DNA for insertion.

"Our laboratory study provides a proof of concept that changing just one letter of DNA in a gene could alleviate the symptoms of sickle cell anemia and thalassaemia, inherited diseases in which people have damaged hemoglobin," Crossley said in a statement.

He stressed that the method was safe and effective because "the good genetic variation we introduced already exists in nature", but admitted that more studies were required before trials on humans commence.

Humans produce two types of hemoglobin, one during the foetal stage with a higher affinity for oxygen, and the other after birth, when the foetal hemoglobin switches off.

People who inherit two mutant genes, one from the father and one from the mother, suffer from serious diseases such as sickle cell anemia and thalassaemia, which require life-long blood transfusions and medication.

"This good mutation keeps their foetal hemoglobin gene switched on for the whole of their lives, and reduces their symptoms significantly," Crossley said.