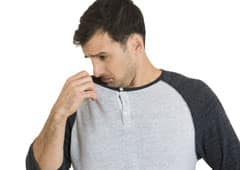 Washington: A new research has revealed that human sweat can diminish bacteria-fighting qualities of brass objects like door knobs and taps within an hour of contact.

While copper found in everyday brass items such as door handles and water taps has an antimicrobial effect on bacteria and is widely used to prevent the spread of disease, Dr John Bond OBE from the University of Leicester's Department of Chemistry has discovered that peoples' sweat can, within an hour of contact with the brass, produce sufficient corrosion to adversely affect its use to kill a range of microorganisms, such as those which might be encountered in a hospital and which can be easily transferred by touch or by a lack of hand hygiene.

The study also suggested that it is possible for sweat to produce an oxide layer on the metal within an hour of contact.

Dr Bond said that this is the first study to quantitatively analyse the temporal corrosion of copper alloys such as brass in the first few hours after contact between fingerprint sweat concentrations of salt and the metal.

He further suggested that for the short term it would be good to keep the brass in public environments free from corrosion through regular and thorough cleaning but for the longer term, using copper alloys with corrosion inhibitors included in the alloy would be a good choice.

The research 'Electrochemical behaviour of brass in chloride solution concentrations found in eccrine fingerprint sweat', is published in the journal Applied Surface Science.

Watching too much violence on TV linked to irregular attention